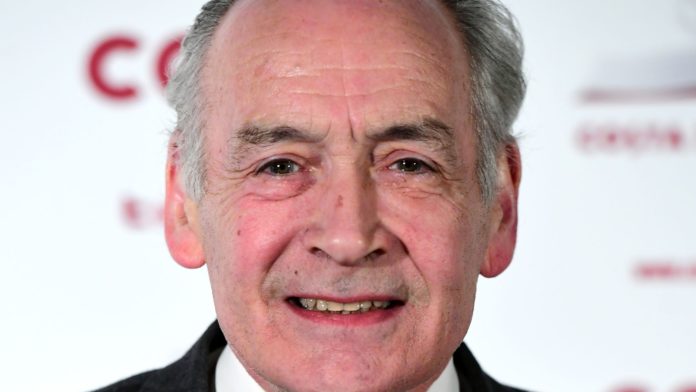 The man whose Twitter exchange is thought to have led to Alastair Stewart’s resignation says an apology would have been enough.

On Wednesday, ITN announced that Stewart would be standing down as a presenter of ITV News following “errors of judgement”.

It comes after an exchange on Twitter between the 67-year-old and a man called Martin Shapland.

Thank you to those who have been in touch in the last few days about Alastair Stewart. I apologise for not getting back to media enquiries more quickly in particular.

I am not planning to make on or off the record comments beyond the statement below and a few clarifying tweets pic.twitter.com/lK1Q18MoyQ

Stewart tweeted Mr Shapland with a line from Shakespeare play Measure for Measure, which referred to an “angry ape” – which has been perceived by some as a racist remark towards him.

In a statement on Twitter, Mr Shapland responded to Stewart’s departure, saying: “In so far as Mr Stewart caused hurt and upset, intentionally or otherwise, in an exchange earlier this month, there is a wider context. There was not a single post as has been widely reported, but several posts written by Mr Stewart, which have all now been deleted.

“I understand that Mr Stewart has acknowledged the words he used were misjudged and has expressed regret at what happened. I thank him for that.

“No one is perfect. We are all human and we all need to learn from our experiences and mistakes and try to be better people in the wake of them.”

He added: “An apology and commitment to be more careful about language was all that I would have asked. It is regrettable that he has decided to stand down and I take no pleasure in that.

“He has evidently gone through an ITN and ITV process and I respect his choice.

“Civil and political discourse has become far too vicious in the last five years. I would ask that we try to treat each other with a little more respect, kindness and understanding. In that spirit I consider this matter closed and I wish Mr Stewart the best in his future endeavours.”

On Wednesday ITN said the presenter’s use of social media had “breached” its editorial guidelines and that his decision to quit was “supported by both ITV and ITN”.