Home Sport Ferguson off the mark 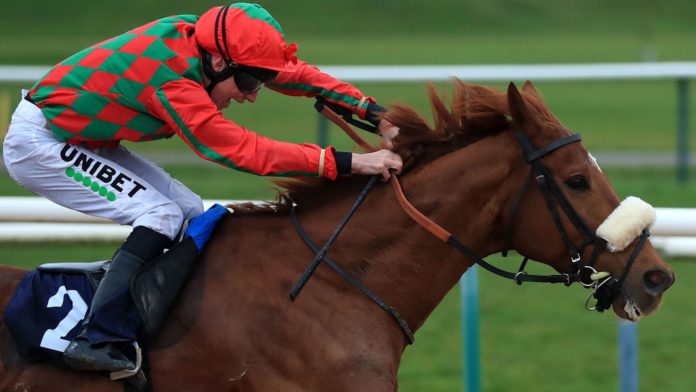 Based at Saville House Stables, owned by former trainer Willie Musson, Ferguson has around 20 horses in his care at present, but is open to new arrivals.

He is the son of John Ferguson, former long-standing bloodstock adviser to Sheikh Mohammed and also briefly a trainer of a classy National Hunt string.

While Ferguson does hold a dual licence himself, he will principally train on the level for now, having learned his trade spending time with Charlie Appleby, Brian Meehan and Jessica Harrington.

Ridden by Luke Morris, Arabian King (9-2) was his 12th runner and after finishing second on his debut for the yard earlier this month, Ferguson thought the step up to a mile and a half was crucial.

He said: “As a team we’ve hit the crossbar a few times. When he ran at Lingfield we thought he might win, but we thought the step up to a mile and a half was really what he wanted.

“It was a bit of an unknown whether he’d take to the surface or not, but he handled it no problem and we’re absolutely delighted.”

He added: “Credit goes to my whole team, they all work incredibly hard and it’s a great environment. This really means a lot.

“We’ve got about 20 in at the moment, but we’re always looking to grown. Our owners are from all walks – this horse is actually owned by a syndicate (The Gem Set) my mum set up, so that’s very special to have my first winner in her colours.

“I have a dual licence so if I have a horse I think may be suited to jumps I’ll definitely show my hand, but at the moment I’ll just concentrate on the Flat. I do have a horse I might run over hurdles to sweeten up a bit, though.”