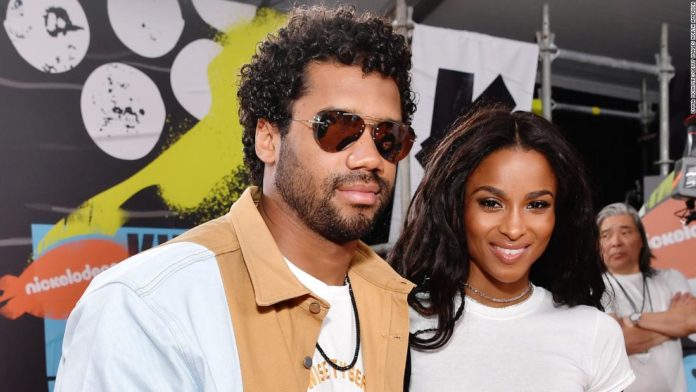 The singer announced on social media that she and her NFL quarterback husband, Russell Wilson, are expecting another baby.
She posted a photo of herself in Turks and Caicos sporting a large baby bump.
“Number 3,” the caption read.
Ciara and Wilson, who plays for the Seattle Seahawks, are raising 5-year-old Future (her son with the rapper Future) and 2-year-old daughter Sienna.
The couple wed in 2016.