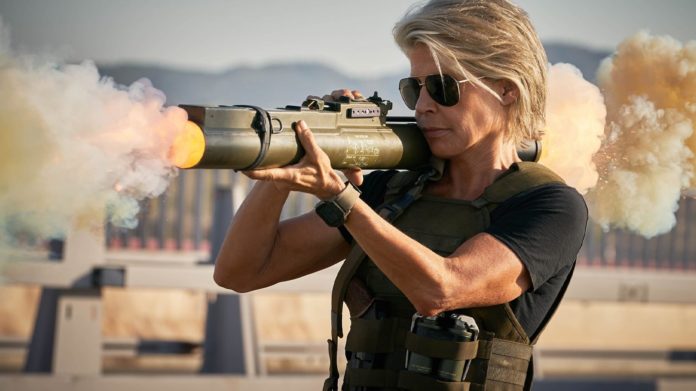 Terminator: Dark Fate was an enjoyable action flick that managed to breathe life into a stale franchise… and no one went to see it. The film grossed just $261 million worldwide against a nearly $200 million dollar budget, essentially canceling any potential sequel plans. And that’s too bad. Yet, at least one cast member is all too happy to bid adieu to the long-running franchise: Linda Hamilton, who returned to her iconic Sarah Connor role in fine form, but does not seem keen to bring back the character any time soon.

RELATED: Kyle MacLachlan Shares His Thoughts on the Dune Remake

“No. Something says to me… I don’t know,” Hamilton told The Hollywood Reporter when asked if she was optimistic about returning to play Connor in a new sequel. “I would really appreciate maybe a smaller version where so many millions are not at stake. Today’s audience is just so unpredictable. I can’t tell you how many laymen just go, ‘Well, people don’t go to the movies anymore.’ That’s not Hollywood analysis; that just comes out of almost everybody’s mouth. It should definitely not be such a high-risk financial venture, but I would be quite happy to never return. So, no, I am not hopeful because I would really love to be done. But, if there were something new that really spoke to me, I am a logical person, and I will always consider viable changes.”

Today’s audiences are indeed tough to gauge, but Dark Fate’s, er, fate, likely had less to do with the quality of the film and more to do with the three films that came before it. Terminator 3, Terminator Salvation and Terminator: Genysis were turkeys. Audiences washed their hands of the franchise long ago. And again, that really is too bad, because Dark Fate actually was really entertaining.

Hamilton also spoke up about John Connor’s controversial death, which she approved of mainly as a means to get Sarah up and running again.

“I don’t think Sarah and John would be there at all if they were still fine and strong,” she said. “I thought it was a great leaping-off point for my character. To create a new fuel and fire for Sarah Connor, I thought it was a very good story point. I’m not one that clings to past ideas. Judgment Day is about John, but John wouldn’t exist without Sarah. Then, something else will happen, and Sarah will have to die. That is kind of the nature of life, and I would like that to be the nature of franchises where it’s not just the same story retold each time. I just think it’s much more interesting to launch from a new place.”

More than two decades have passed since Sarah Connor prevented Judgment Day, changed the future, and re-wrote the fate of the human race. Dani Ramos (Natalia Reyes) is living a simple life in Mexico City with her brother (Diego Boneta) and father when a highly advanced and deadly new Terminator – a Rev-9 (Gabriel Luna) – travels back through time to hunt and kill her. Dani’s survival depends on her joining forces with two warriors: Grace (Mackenzie Davis), an enhanced super-soldier from the future, and a battle-hardened Sarah Connor (Linda Hamilton). As the Rev-9 ruthlessly destroys everything and everyone in its path on the hunt for Dani, the three are led to a T-800 (Arnold Schwarzenegger) from Sarah’s past that may be their last best hope.

Linda Hamilton and Arnold Schwarzenegger return in their iconic roles as Sarah Connor and T-800 in Dark Fate with James Cameron, also returning as a producer and co-writer. They’re joined by Mackenzie Davis (Blade Runner 2049), Natalia Reyes (Birds of Passage), Gabriel Luna (Marvel’s Agents of S.H.I.E.L.D.) and Diego Boneta in the film with Tim Miller (Deadpool) behind the camera. 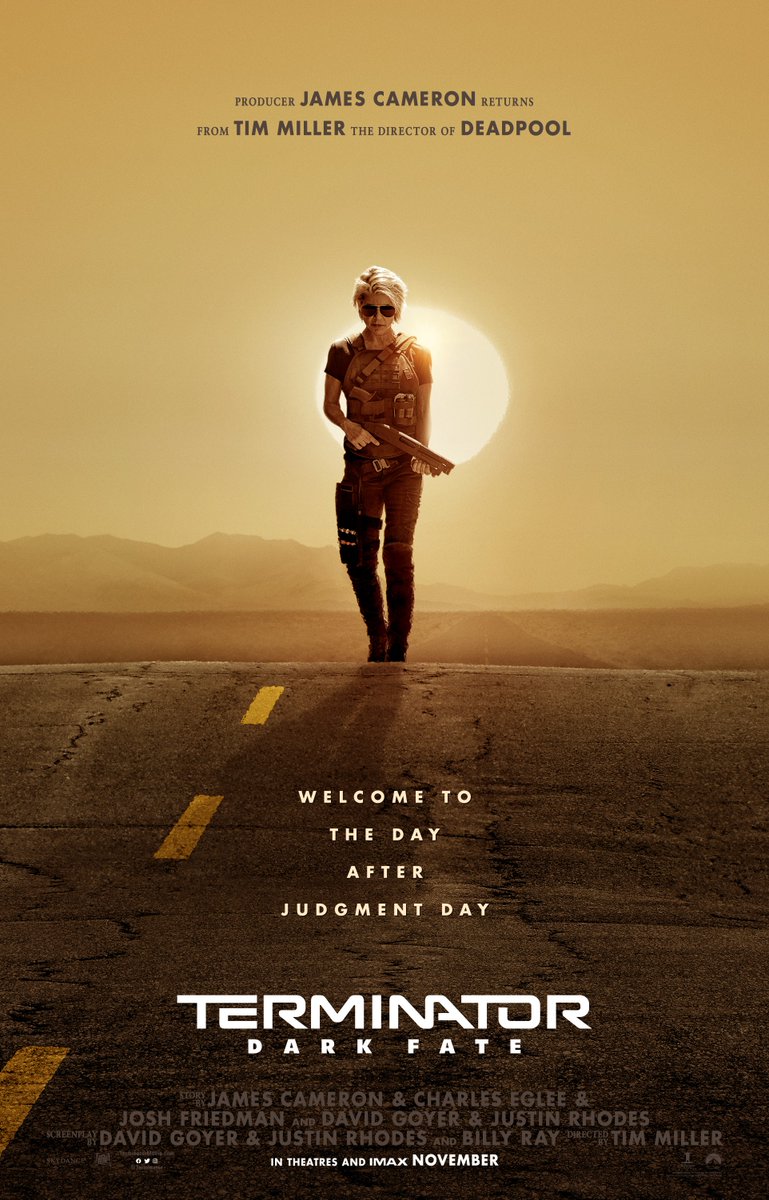