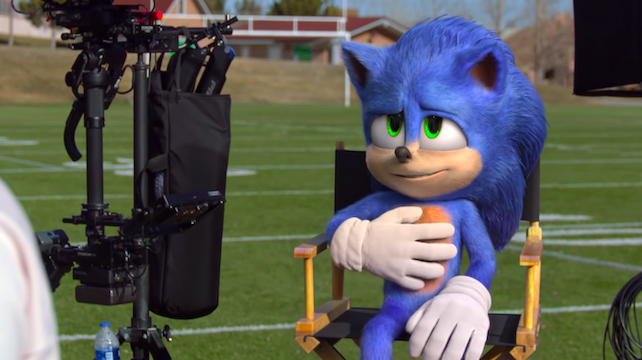 Paramount has just debuted a new promo for the upcoming Sonic The Hedgehog movie, which is just a couple of weeks away. What do Michael Thomas, Christian McCaffrey, Allyson Felix, and Kyle Busch have in common? Well, they all like speed and are fast, each in their own way. But they also have to concede that there is someone who is even faster than all of them.

“I raced the fastest in the world,” says the 200 meters Olympic champion Felix. “He makes us all look slow.”

You can watch the new Sonic The Hedgehog spot in the player below.

Sonic The Hedgehog is a live-action adventure comedy based on the global blockbuster video game franchise from Sega that centers on the infamously brash bright blue hedgehog. The film follows the (mis)adventures of Sonic as he navigates the complexities of life on Earth with his newfound – human – best friend Tom Wachowski (James Marsden). Sonic and Tom join forces to try and stop the villainous Dr. Robotnik (Jim Carrey) from capturing Sonic and using his immense powers for world domination. The film also stars Tika Sumpter and Ben Schwartz as the voice of Sonic.

The film should have originally hit theaters on November 14. After very negative feedback from audiences surrounding the design of the iconic character, though, Paramount delayed the release to February 14, 2020. Subsequently, they used that extra time to redesign Sonic to better fit his look from the video games.