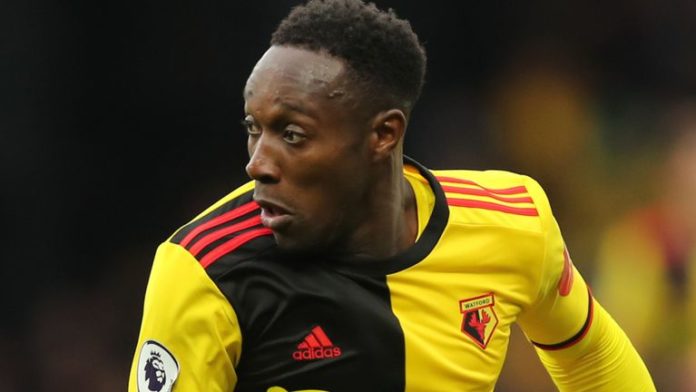 Danny Welbeck is in contention to make his return from a three-month injury absence in a boost for Watford in their battle for Premier League survival.

The former Manchester United and Arsenal forward has not played for Watford since sustaining a hamstring injury against Tottenham in October, but he will be in Nigel Pearson’s squad for their home match against Everton on Saturday.

Watford slipped back into the relegation places following a late defeat at Aston Villa, which ended a six-game unbeaten league run, while they were knocked out of the FA Cup by League One Tranmere in their last encounter.

“Danny is a really good player and a big character in our dressing room,” said Pearson.

“His return gives us another option. His track record is excellent and he has had a great career. He is the type of player that really wants to be back in the fray.

“I am delighted that he has overcome the problem he has had. I know he has had a few injury issues but he works exceptionally hard and it is great to have him available.”

Welbeck, 29, who signed for Watford on a free transfer last summer after he was released by Arsenal, returned to training at the beginning of the month.

But despite Watford’s precarious league position, Pearson resisted the temptation to rush the injury-prone forward back into action.

Pearson added: “When you have got big players who are unavailable with injuries, especially in our situation where we would like as many players available as possible, there is a temptation to push them back when they are getting very close.

“But it is in our interest to be that little bit more patient so that when they are back, they are there to stay.

“We have got enough games left to give ourselves a good chance of staying up. We don’t have to take undue risks and Danny’s situation, in the way he has built up his training programme to now being available, was the right way to do it.”

Ismaila Sarr (leg) and Kiko Femenia (hamstring) remain sidelined for Watford, but Tom Cleverley is back in training, although the game against Everton will come too soon for the midfielder.