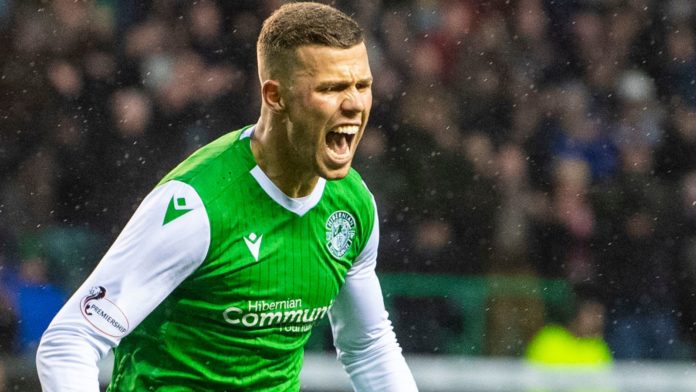 Rangers have made an enquiry to Hibernian regarding a loan move for Florian Kamberi.

The 24-year-old striker has scored eight goals in all competitions for Hibernian this season.

Rangers manager Steven Gerrard is looking to bolster his frontline after Jermain Defoe picked up a calf injury in Wednesday’s 2-0 win over Ross County.

Any deal for Kamberi would include an option to buy.

Meanwhile, Eduardo Herrera has left Rangers to join Mexican side Club Puebla on a permanent deal.

The 31-year-old arrived at Ibrox on a three-year deal in 2017 but went on to make just 23 appearances for the Premiership club.

Herrera spent last season on loan at Mexican side Santos Laguna before joining fellow Liga MX club Necaxa on loan at the start of the current campaign.

The Mexico international has now completed a permanent return to his home country.