Home Culture Matthew A. Cherry on the story behind “Hair Love” 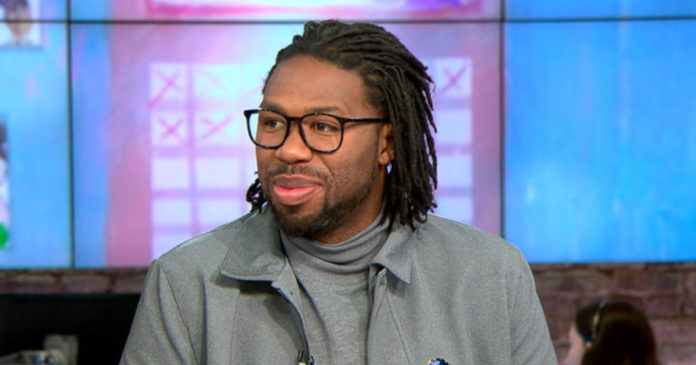 “It felt like a really good opportunity to showcase a black family in animation, which is so rarely been done, and also to just try to help normalize that hair for people like Deandre Arnold,” he said on “CBS This Morning” Thursday.

Arnold, a senior at a Texas high school, was suspended and told he could not walk at his graduation in the spring unless he cuts his deadlocks.

Cherry, who also has locks, deliberately gave that hairstyle to the father in the short film.

“It’s crazy that laws have to be passed like the CROWN Act to make it so that it’s illegal to discriminate against black people for wearing their hair in school or in the workplace,” Cherry said. “It shouldn’t be a conversation. We should be able to wear it how it grows out of our head just like anybody else.”

The short film also makes a statement about gender norms. In addition to doing his daughter’s hair, the father is featured carrying the laundry.

“With rent being so expensive everywhere and both parents often having to work, what happens if mom has to go out of town or go to work early? Dad has to step up and do the hair,” Cherry said.

Cherry is the second professional athlete to be nominated for an Oscar. The first was Kobe Bryant, who won for his animated short film “Dear Basketball” in 2018. When Cherry’s nomination was announced on January 13, Bryant tweeted, “Let’s go!!”

Cherry said he was excited to meet Bryant, who died less than a week later in a helicopter crash.

“It’s just crazy. I just feel that much more like I have to represent,” Cherry said. “We have to keep his memory alive. I was so excited to see what he was going to do with his second act with his career. First project, he gets an Oscar, and I knew he was going to do more projects.”

Explaining the tweet, he said it was actually a “low point” for him.

“I did my first movie,” he explained. “You think all the spoils of Hollywood are going to open upon you, and that wasn’t the case for me. At that time, I didn’t have a lot of followers, so I was just kind of talking to myself to try to motivate.”

The Oscars are on Sunday, February 9.