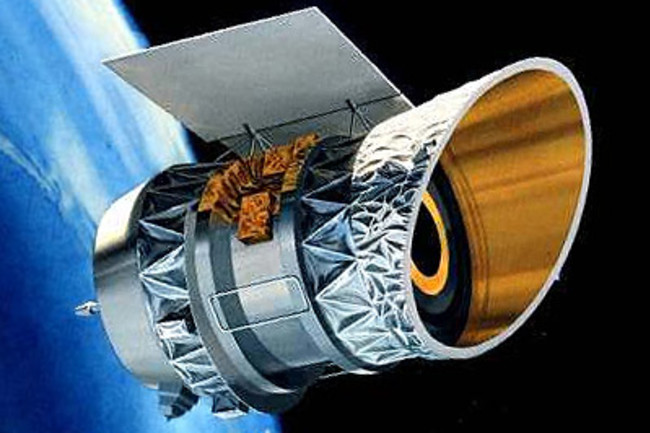 The IRAS satellite, shown here, was a joint mission by NASA, the Netherlands, and the United Kingdom that carried out a full-sky survey in the infrared. Tonight, there’s a small but significant chance it smashes into another satellite, GGSE-4, above Pittsburgh, Pennsylvania. (Credit: NASA)

[Update: The two satellites have narrowly missed each other, the AFP reports.]

Two inactive satellites orbiting Earth may collide high above Pittsburgh tonight at 6:39 p.m. EST. The odds of a collision, recently pegged at 1 in 100, now sit at 1 in 20, according to LeoLabs, a company that runs a ground-based radar array that monitors collision risks for objects in low-Earth orbit.

The two defunct satellites — the Infrared Astronomical Satellite (IRAS) and the Gravity Gradient Stabilization Experiment (GGSE-4) — were initially expected to zip past each other with about 40 feet (12 meters) to spare. But now, revised calculations show a potential collision might be more likely than we first thought.

“Since we learned that GGSE 4 has a deployed 18m [59 foot] boom and we do not know which direction it is facing relative to IRAS, this changes the assumptions used in computing collision risk,” LeoLabs said in a tweet thread today.

The next tweet continues: “Adjusting our calculation to account for larger object sizes (by increasing our combined Hard Body Radius from 5m to 10m), this yields an updated collision probability closer to 1 in 20.” 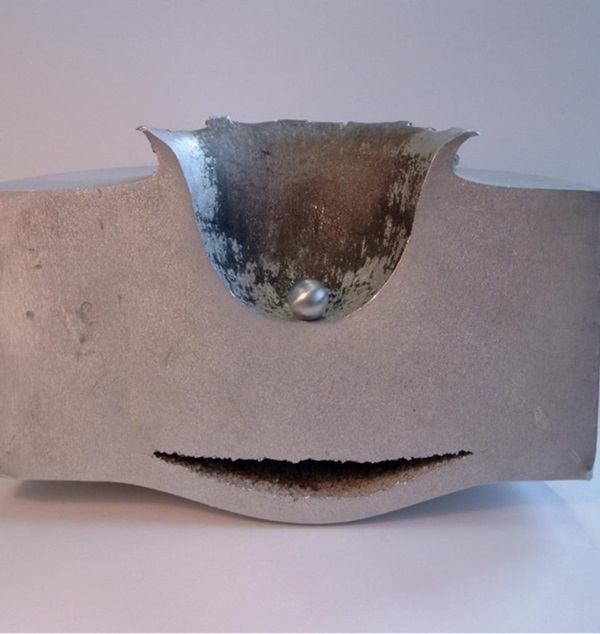 Even tiny objects can cause serious damage at orbital speeds. (Credit: ESA)

Though scary, a smash-up of satellites is not unheard of. And it doesn’t always lead to devastation like that shown in the 2013 movie Gravity.

If IRAS and GGSE collide tonight, experts say there might not be that many pieces of trackable debris. But even hundreds of pieces of new space junk pose the very real danger of causing a chain reaction in the increasingly crowded space above Earth’s atmosphere.

The increasing the number of satellites cluttering Earth orbit has sparked fears of a cascading series of collisions — a result of what’s called Kessler syndrome or the Kessler effect. Each smash-up creates hazardous, uncontrollable, and hard-to-predict debris.

Fortunately, even if the two satellites do collide tonight, they will do so at altitude of about 560 miles (900 km). And since the International Space Station — which recently got a sensor to detect small pieces of space junk — orbits Earth at an altitude of about 250 miles (400 km), the lives of astronauts will not immediately be in danger. However, if the satellites do collide tonight, some of the debris will likely be sent upward into a higher orbit, while other pieces would spread downward into lower orbits, continuing to decay over time. 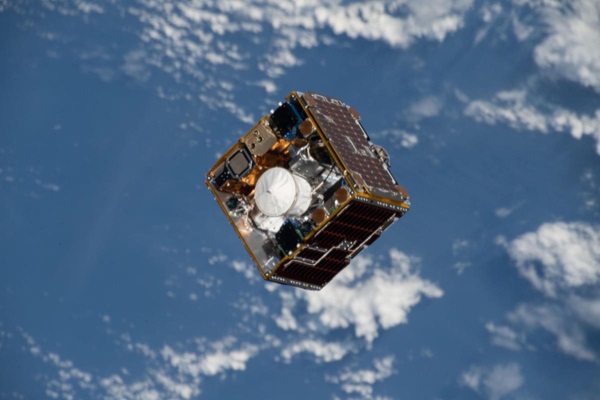 RemoveDEBRIS is a satellite designed to test various ways of cleaning up orbital clutter. (Credit: NASA)

The potential of a satellite collision tonight brings to a head a major challenge that many think needs addressed sooner rather than later. Namely, the fact that the vast majority of Earth-orbiting satellites often do not have systems in place to help them deorbit to the point that they burn up in Earth’s atmosphere.

One possible solution was recently put forth by researchers at the University of Cincinnati, who are working to develop a new robotic network of spacecraft that could repair and refuel aging satellites in Earth orbit. Another, called RemoveDEBRIS, would utilize a small craft that can throw out a net (or possibly a harpoon) to capture orbiting trash and guide it safely into Earth’s atmosphere.

But no matter how we clean up cosmic litter, tonight’s potential collision highlights the need to take the growing problem of space junk quite seriously.

Or, as LeoLabs tweeted Monday, “Events like this highlight the need for responsible, timely deorbiting of satellites for space sustainability moving forward.”