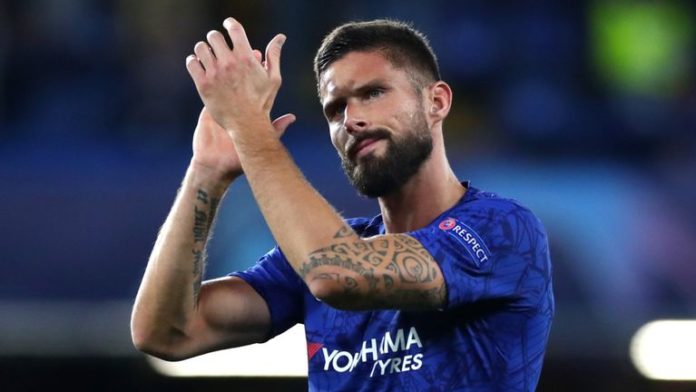 Lazio are interested in securing an agreement with Chelsea to sign forward Olivier Giroud before the transfer window deadline, according to Sky in Italy.

The France international striker, 33, has played just five matches in the Premier League for Chelsea this term and has looked likely to depart Stamford Bridge this month.

Sky in Italy are reporting that Lazio are looking to bring Giroud in on a two-and-a-half-year contract, worth an estimated 3m euros per season.

Giroud has turned down two approaches from Newcastle this month, while Inter Milan and Tottenham have also been linked with him.

Frank Lampard wants to sign another forward before permitting Giroud to move to Lazio, and Chelsea remain in talks with Napoli over a move for Dries Mertens.

Our comprehensive Transfer Centre blog will bring you all the latest news and developments across the leagues from 6am, while we’ll take you live to the newsroom by streaming more than four hours of Sky Sports News’ Deadline Day coverage,.

Carey Mulligan receives apology for review that made her feel she...

The Hoxton, Rome to debut this spring

Bats living in Cambodia in 2010 carried ‘nearly identical’ pathogen to...