Home Sport Sherrock: Ashton can ‘blitz them all’ 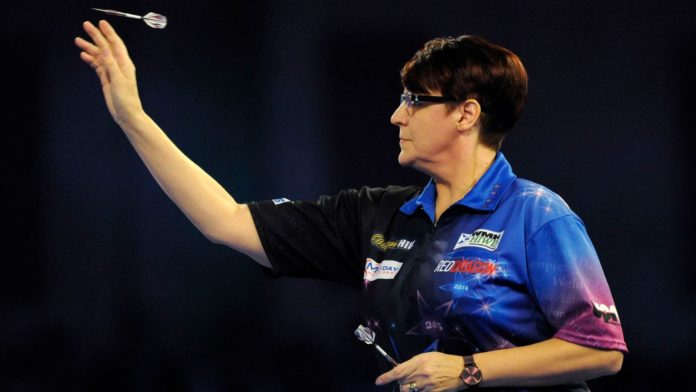 Fallon Sherrock has backed Lisa Ashton to “blitz them all” after she became the first woman to win a PDC Tour Card through Q School earlier this month.

The 25-year-old made her own history at the PDC World Championships in December, when she became the first woman to win a match at the tournament, as she reached the third round.

Ashton gained the tour card through the difficult Q-School, while Sherrock fell short of gaining a tour card, but will make her Premier League Darts debut against Glen Durrant in the second week at Nottingham on February 13.

On Ashton’s achievement, Sherrock said: “I always believed with the number of women that entered that one of us was going to get the tour card.

“I was so proud she was the one to get it because she’s one of the good darts players that we have, one of the best darts players that we could put through and prove to the men that we can compete as well.
“I was really happy that she was the one to get through because now she’s just going to blitz them all and everyone will go ‘oh it’s not just Fallon that can beat the men’ Lisa can do it on a weekly basis and I 100 per cent believe that so I’m really happy one of us got it.”

Sherrock has been hailed as a role model for women’s darts following her performance at the World Championships but she insisted she was not thinking too far ahead.

She added: “It’s nice if I am called a role model, because I never thought that I would be a role model for anyone else.

“I’m quite proud that I’ve inspired so many people. People saying I’m a role model just makes me feel so happy and I’m juggling it well at the moment.”