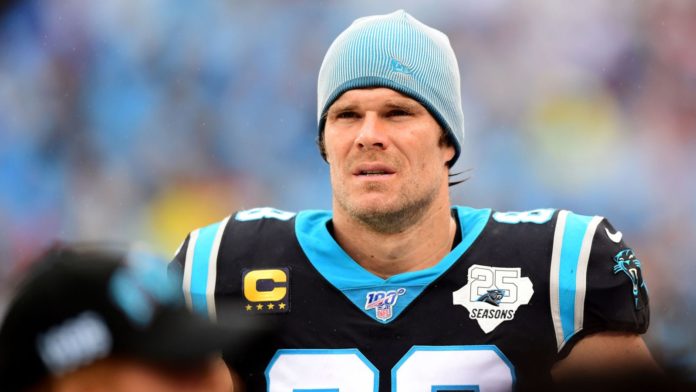 Greg Olsen and the Carolina Panthers have mutually agreed to part ways.

The 34-year-old has been with the side since the 2011 season after being traded from the Chicago Bears. He went on to break numerous franchise records for tight ends, including receiving yards (6,463), receptions (524) and 100-yard receiving games (10).

In the 2015 season, he helped the side to claim the NFC Championship title to earn a Super Bowl 50 berth against the Denver Broncos. However, they fell to the AFC outfit 24-10 in the showpiece.

The University of Miami alumnus penned an emotional goodbye to the Panthers on Thursday.

“On the field, I will always cherish the nine seasons we shared together,” he said. “The wins, the losses, standing at midfield holding the Halas Trophy as NFC champs. The reality of going to the Super Bowl was beyond words, as was the disappointment of falling short.

“Off the field is where my family felt the warmest embrace. In 2012, upon the news breaking regarding the challenges our son would face, the entire Carolina community wrapped their arms around us in support. My wife Kara and I will be forever grateful for the love and prayers shared with us since that time.

“Regardless of what path we choose, I will always be a Carolina Panther.”