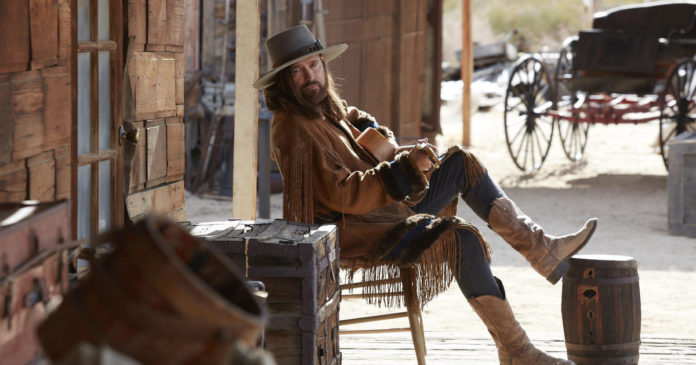 Billy Ray Cyrus has had quite the year. Nearly three decades after his first hit single “Achy Breaky Heart” climbed to No. 4 on the Billboard Hot 100 chart, a new hit was topping the same list – and staying there.

That song was “Old Town Road,” which he recorded with Lil Nas X. The duet was a remix of Lil Nas X’s original version of the song, which was released months earlier.

The two may seem like an unlikely pair. But the country star said Lil Nas X had a “grassroots” element that reminded him of himself.

The partnership was a major victory for Lil Nas X, whose original version of the song was removed from the Billboard Hot Country Chart in early 2019. Billboard justified that decision, which sparked significant backlash online, by claiming the song “does not embrace enough elements of today’s country music.”

Though the song never made it back to the Hot Country Chart, the remix far exceeded expectations, breaking the Billboard record set by Mariah Carey’s “One Sweet Day” for most weeks at No. 1.

Cyrus, who has been called a “one hit wonder” for “Achy Breaky Heart,” said he reveled in that success. “Don’t take this as boastful, okay? But I read in Rolling Stone and Billboard that there’s only been two other artists that span three decades of hit songs and rose to the top of the charts,” he said.

One of those other artists is Santana, who had a 30-year pause between his first Hot 100 hit and his next. There is a 27-year year gap between “Achy Breaky Heart” and “Old Town Road.”

“I took that as a very, very high compliment,” he said. “It’s crazy. I would’ve never dreamed of it – even with that first rocket ride of ‘Achy Breaky Heart.'”

Since the single’s release, Cyrus and Lil Nas X have spent lots of time together – touring, attending the Grammys, and now, starring in a Doritos Super Bowl commercial alongside Sam Elliott.

But when he does get to see his collaborator, “It’s like some kind of wild twilight moon dream is playing up before my own eyes,” Cyrus said.

He described the commercial shoot as a dream, too. “You can’t make this up. This is a perfect 4th quarter for me and this chapter of my life and career,” he said. “I wouldn’t have it any other way than being a part of this Super Bowl.”

While Cyrus may be in his 4th quarter, the Doritos commercial will air in the 3rd quarter of Sunday’s game.