Home Culture Lil Nas X is going to the Super Bowl and bringing his... 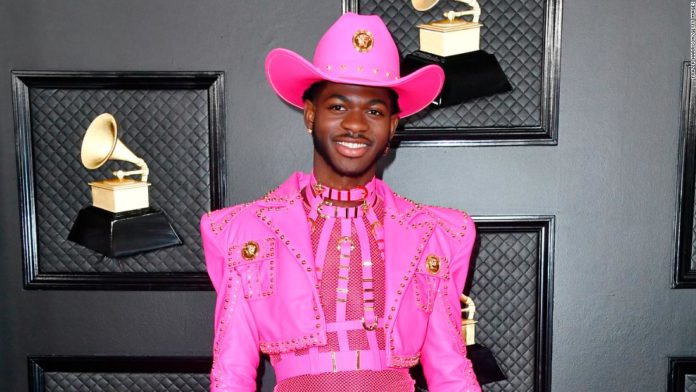 The “Panini” singer is starring in his very first ad that will air on Sunday, for Doritos.
“I was just happy to be in any kind of ad but then Doritos and plus it being a Super Bowl commercial, it was like next level for me,” he told CNN.
The commercial also stars actor Sam Elliott.
“Sam was the coolest, and he’s always in character,” Nas X said. “He was just nice to talk to.”
Lil Nas X is fresh off his double-Grammy win for best music video and best pop duo/group performance for “Old Town Road.”
“It feels beyond incredible,” he said of his success. “It feels like a never-ending dream.”
But he added “there’s a lot of pressure” to to create the next mega-hit.
“It’s also just knowing each song has its own life, and it’s going to do what it’s going to do,” he said.
Lil Nas X wouldn’t say who he he’ll be cheering for at the big game, but he did reveal it will be his first time attending the Super Bowl — and he’s bringing his dad.
As for his next project?
“I would love to collaborate with Drake,” he said.
We definitely hope they go down that road.