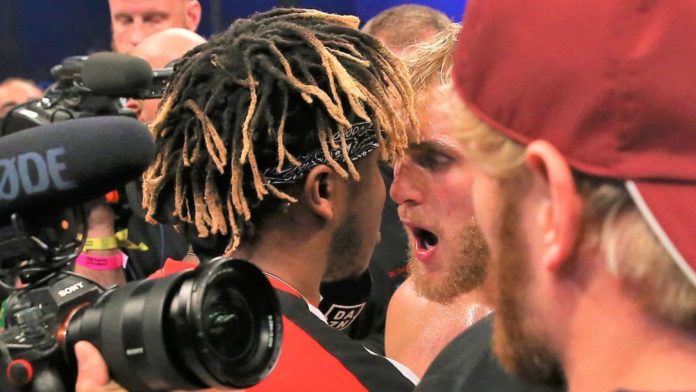 Jake Paul clashed angrily with KSI as he called for a revenge fight against the British YouTuber following his first-round knockout of AnEsonGib in Miami.

The American social media star overpowered AnEsonGib inside the opening three minutes and was then confronted in the ring by KSI, who had claimed a points victory over his older brother Logan in November.

KSI NEXT??@jakepaul wants to gain revenge for his brother and face @KSIOlajidebt in his next fight?

?Watch the full fight of Paul vs Gib on our YouTube channel NOW: https://t.co/XZdcgwA5or

As they went head to head, KSI appeared to accept a fight during a foul-mouthed tirade, but then reacted angrily after Jake Paul declared himself as the ‘A-side’.

The American, who floored AnEsonGib twice before the fight was waved off, said: “You’ve seen your best friend planted on his ass over there.”

KSI replied: “You’re worse than your bro. You’re going to be easier.”

Logan Paul had received a two-point deduction for an illegal blow on KSI during his rematch loss in Los Angeles and Jake demanded the opportunity to avenge this defeat.