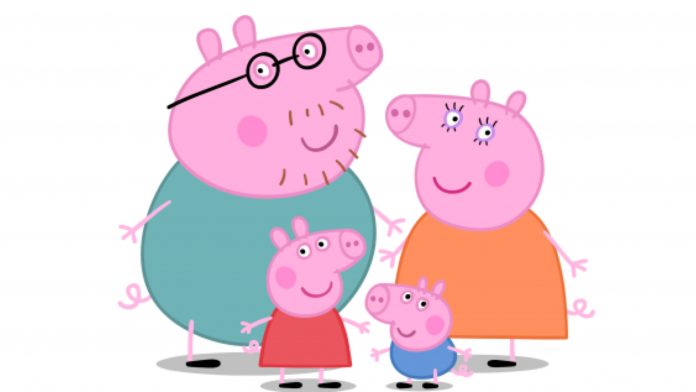 The new voice behind beloved children’s cartoon character Peppa Pig has described the role as a “dream come true” as she prepares to take over the role in February.

Nine-year-old Amelie Bea Smith will become the fourth person to voice the muddy-puddle loving pig, which has become a staple on children’s television around the world.

She takes over from Bafta-winning 18-year-old Harley Bird, who has voiced Peppa from the age of five.

Bird took on the role in 2007 as the third voice of Peppa, appearing in 185 episodes of the show which follows the pig and her family and friends.

She even recorded songs as Peppa Pig for My First Album, which was recently released.

Before Bird, Lily Snowden-Fine was Peppa’s first voice artist, and debuted in 2004, followed by Cecily Bloom in 2006.

Amelie, who is no stranger to the small screen after appearing in several episodes of EastEnders in 2018 and 2019, will first be heard playing the animated pig on Valentine’s Day.

Mark Jermin, Amelie’s agent, said: “Amelie has been a huge fan of the show since she was little, so voicing the title role is like a dream come true and she’s thrilled to become part of the voice cast.”

“Lily Snowden-Fine defined the role when she first voiced the character in series one at age five.

“Lily passed the baton to Cecily Bloom for series two before handing the reins to Harley Bird. As our longest-standing Peppa, Harley’s award-winning contribution to the show over the past 13 years has been tremendous, making her a key part of the success of Peppa Pig.”

Outgoing voice Bird said: “Becoming the voice of Peppa Pig at the age of five was the start of an incredible journey, and I’ll never forget my time on the show. The people that work on Peppa Pig have become like a family to me and they’ve given me some unforgettable memories.

“I wish Amelie the best of luck in the role and am looking forward to starting the next chapter in my life.”

Amelie’s voice will be heard around the world when she begins the role, in places such as the US and Australia, as well as any other territory that airs the show in English.

Peppa Pig began on Channel 5 Milkshake and Nick JR in 2004, and is now watched in 180 territories and shown in more than 40 languages.