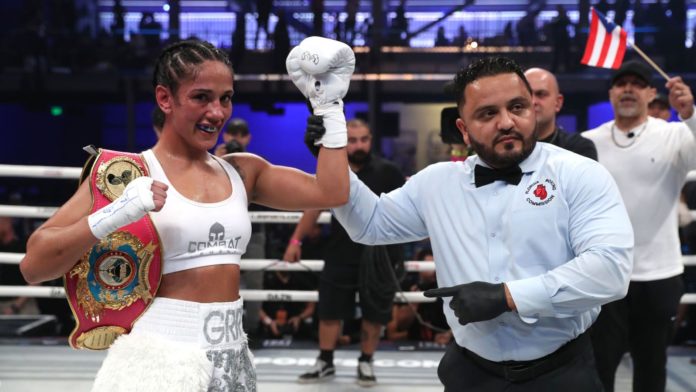 Serrano, who has won world titles in an incredible seven weight categories, returned to the ring against Da Silva in a 132lb-catchweight clash in her first fight since defeating Heather Hardy to become a two-time world featherweight champion in September.

‘The Real Deal’ floored Brazilian Da Silva in the second round and finished her off in the next to extend her record to 38-1-1.

Serrano remained on track for a showdown with Taylor, who won the undisputed lightweight title then added super-lightweight gold last year.

“It’s a done deal. I’m hoping it’s in the UK – I would love nothing more than to fight there.”

The weight division would also have to be agreed – Taylor’s most recent fight was eight pounds heavier than Serrano’s.