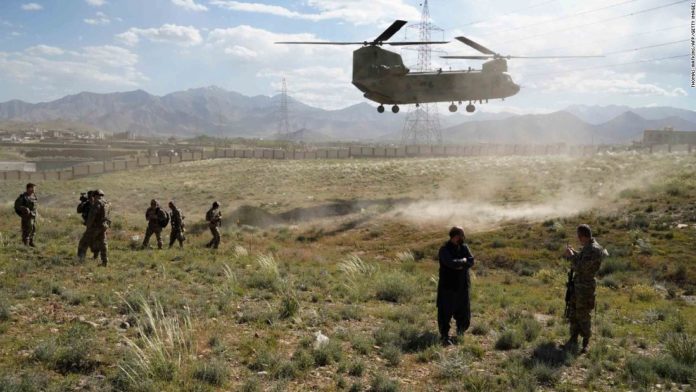 Despite the continued violence, the Trump administration says it is considering reducing the number of US troops fighting terrorist groups and assisting local forces in the country from approximately 12,000 to 8,600 even in the absence of an agreement with the Taliban aimed at reducing violence and jump-starting talks between the insurgents and the internationally backed government in Kabul.
“Taliban attacks continued at a high tempo. According to data provided by the NATO Resolute Support mission, enemy-initiated attacks during the fourth quarter of 2019 were at the highest level for a fourth quarter of any year since recording began in 2010,” the report said, referring to the NATO-led mission in Afghanistan aimed at training and advising local Afghan forces.
There were 8,204 such “enemy-initiated attacks” during the last three months of 2019, according to the report, with some 37% of those attacks being considered “successful,” which are defined as attacks that result in Afghan military, police, international coalition forces or civilian casualties.
While the number of attacks reached a record high, the proportion that were designated successful was similar to the same period in 2018. During the last quarter of 2018 there were 6,974 enemy-initiated attacks, of which 38% were considered successful.
Many of the successful attacks were launched by the Taliban against poorly defended and remote government checkpoints that are often manned by a small number of Afghan soldiers or police. Reducing those checkpoints has long been a goal of US military advisers in Afghanistan, but Afghan government officials continue to use them for what the US sees as political reasons.
Despite the increase in overall attacks in the final months of 2019, the Taliban were unable to contest control over any major cities or towns in Afghanistan, something the insurgent group has managed in previous years, and the violence has been largely confined to rural areas as the Afghan security forces have bolstered security in major cities, including the capital, Kabul.
“The number of enemy initiated attacks for this quarter were slightly higher than the historical average. The Taliban increased the scale and violence of its attacks against population centers, including indiscriminate attacks against civilians to disrupt the democratic process, pressure the United States and delegitimize the Afghan government. The Taliban, however, were unable to fulfill its proclaimed fighting season campaign objectives, capture any provincial capitals or gain any clear military advantage,” Pentagon spokesperson Lt. Col. Thomas Campbell told CNN in a statement.

Civilian casualties decreased by 20% compared with the same period in 2018, according to the report, despite the increase in attacks.
Another recent Pentagon report also noted that high-profile attacks, which typically target cities and civilians, “have steadily decreased in both Kabul and the country as a whole over the past year and a half.”
The Pentagon has said that casualties among Afghan government forces slightly increased from May to October compared with the same period in 2018.
Campbell said those Afghan “casualties remain a concern,” adding that US and coalition advisers are working with the Afghan National Defense and Security Forces “to reduce their reliance on static and often vulnerable security checkpoints” that account for a significant number of Afghan casualties.
Afghan troops backed by US airstrikes did have some success driving the local ISIS affiliate, ISIS-K, from its strongholds in Nangarhar province in eastern Afghanistan during the period, with the US military saying it estimates that there are 2,000 to 2,500 active ISIS-K fighters in Afghanistan, a decrease from the 2,000- to 5,000 reported in September.

US has increased the number of airstrikes

The US has ramped up the number of airstrikes it has conducted in Afghanistan over the last two years, dropping some 7,423 bombs and missiles on Taliban, ISIS-K and al Qaeda targets during 2019, a slight increase over 2018 and the highest levels since at least 2010, according to US Air Forces Central Command.
Operations and airstrikes against the Taliban ramped up considerably following the collapse of peace talks with the insurgents in September, talks that have since resumed.
The US has already reduced the number of troops in Afghanistan from about 14,000 to 12,000-13,000 by finding efficiencies, according to the commander of the US military mission there.
In 2010 the US had some 100,000 troops in Afghanistan but drew down forces considerably as the primary responsibility for combat operations was shifted to the Afghans.
While the Afghan forces have suffered the majority of the casualties in the conflict, two US soldiers were killed in an attack in Kandahar in January and two US personnel died when their US Bombardier E-11A aircraft crashed in Ghazni province.
President Donald Trump and Secretary of Defense Mark Esper have said the drawdown of US troops was not tied to the talks with the Taliban.
There have been differing accounts as to whether the Taliban have agreed to a ceasefire or reduction of violence as part of those talks, the details of which have been closely guarded by the lead US negotiator, Zalmay Khalilzad.
Such a ceasefire has been one of the demands of the government in Afghanistan.
“The violence continues. It obviously underscores why there needs to be a peace process and why the Afghan people seek peace. It also underscores the violence and the Taliban’s lack of inhibition in attacking civilians,” Alice Wells, the principal deputy assistant secretary of state for South and Central Asian affairs, told reporters last week.