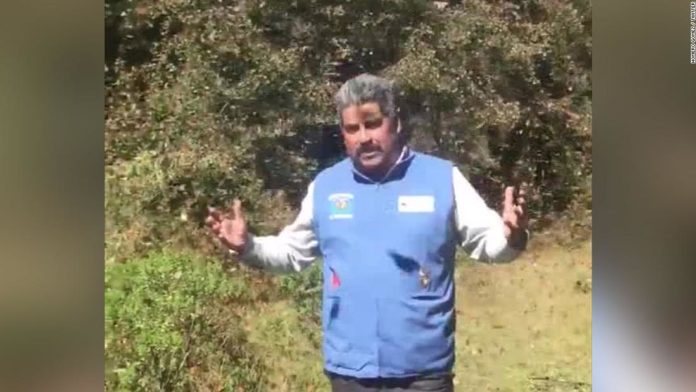 Homero Gomez Gonzalez, 55, had been missing since January 13, police told CNN Espanol. He was found in Ocampo, Michoacán state, Mexico’s President Andres Manuel Lopez Obrador said during a Thursday press conference.
Lopez Obrador called Gomez’s death “lamentable and painful” and vowed to continue to fight criminal groups believed to be behind his disappearance and death.
An official autopsy will be released at a later date, but a state official said Gomez’s body showed signs of asphyxiation.
Mexico’s State Commission for Human Rights said they believe Gomez, known as the “Defender of the Monarch Butterfly,” might have come into conflict with illegal loggers while carrying out his conservation work.
The news came as the migrating butterflies nearly lost their endangered status thanks to Mexico’s butterfly habitat, according to a report by the World Wildlife Fund.
“The latest survey of monarch butterfly habitat in Mexico is a testament to the power of conservation. The area of forest occupied by hibernating monarch butterflies in Mexico has increased by 144% in relation to last year’s survey — the biggest growth in the past 12 years,” the WWF reported.
Gomez would post videos of himself with the thousands of Monarch butterflies in the sanctuary he created, El Rosario Sanctuary in Ocampo.
“Today the butterflies are flying around looking for water as they do nearly every day before they head home,” Gomez said the day before he disappeared.