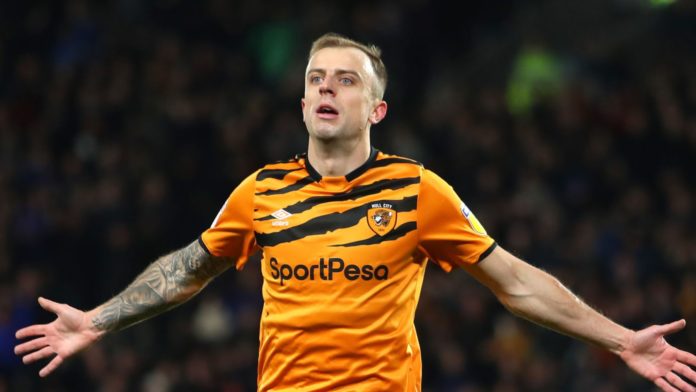 The winger, who has seven goals and five assists already this season, has signed an 18-month contract at The Hawthorns.

Grosicki has earned 73 Poland caps and featured for his nation at the World Cup in 2018.

The 31-year-old joins the Baggies alongside Callum Robinson, who arrived at the club on loan from Sheffield United earlier this week.

Hull are also set to lose top goalscorer Jarrod Bowen, with the winger set to join West Ham after a £20m fee was agreed.

Tigers boss Grant McCann is aiming to bring in Peterborough midfielder Marcus Maddison on loan to replace the outgoing wingers.

Charlton have signed Aidan McGeady on loan from Sunderland until the end of the season.

The Republic of Ireland international, who has 95 caps for his country, is the Addicks’ second signing of the window following the arrival of Andre Green at the start of the month.

McGeady has previously played 85 games in the Championship in spells at Sheffield Wednesday, Preston North End and Sunderland.

St Mirren defender Ethan Erhahon has joined Barnsley on loan until the end of the season.

The 18-year-old has made four appearances for the Scottish Premiership side and will join up with the Championship side’s under-23 squad.

Our comprehensive Transfer Centre blog will bring you all the latest news and developments across the leagues from 6am, while we’ll take you live to the newsroom by streaming more than four hours of Sky Sports News’ Deadline Day coverage,.