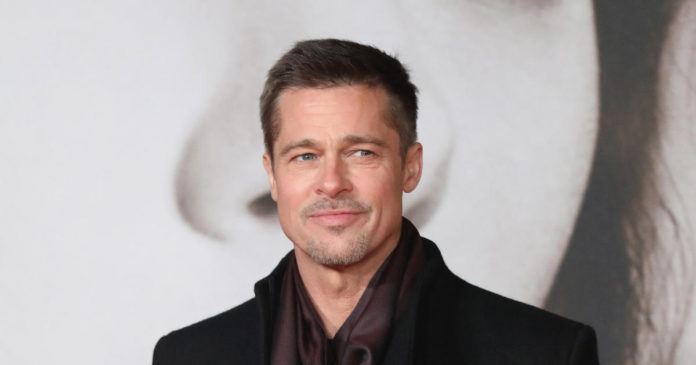 While many in America settled down to watch Super Bowl LIV Sunday night, across the Atlantic all eyes were on the 73rd British Academy Film Awards.

A collection of powerful and hilarious speeches had many people paying attention to the prestigious film awards also known as the BAFTAs.

Actor Brad Pitt, who won a Golden Globe for his role in “Once Upon a Time…In Hollywood,” continued his award sweep at the Royal Albert Hall, taking home the trophy for best supporting actor for his performance in Quentin Tarantino’s Oscar front-runner.

And although Pitt was not in attendance due to “family obligations,” he stole the show with timely digs at Brexit and Megxit.

The actor called upon his co-star, Margot Robbie, to deliver his speech.

“Hey Britain, heard you just became single, welcome to the club, wishing you the best with the divorce settlement,” the Australian actress read.

Though Pitt got a bellow of laughter from the audience for poking fun at Brexit, he left the best for last.

“He’s going to name [the trophy] ‘Harry’ because he’s really excited about bringing it back to the States, with him,” Robbie said. “His words, not mine, thanks.”

Last month, Prince Harry and Meghan Markle made the decision to step back from senior royal roles, dividing their time between Britain and North America.

Harry’s brother, Prince William and his wife Kate Middleton were in attendance at the awards ceremony and the couple were seen laughing and clapping along to the joke.

Rebel Wilson also made a quip about the royals latest controversy as she presented the best director award.

“It really is great to be here at the Royal Andrew – I mean the Royal Harry, no sorry… Royal Phil, ah, at this royal palace,” the actress said.

Wilson then went on to mock the film “Cats,” which she starred in and used it to segue into addressing the biggest controversy facing the BAFTAs.

“‘Cats,’ strangely not nominated for any awards. I’m not sure if everyone here is across the controversy, but this year there has been a distinct lack of nominations for felines,” she said, referencing the backlash the BAFTAs have faced for their lack of diversity.

All of the actors nominated this year were white, sparking the hashtag #BAFTAsSoWhite to trend on Twitter. Snubbed actors included Jennifer Lopez for her role in “Hustlers,” Lupita Nyong’o for her performance “Us,” comedian Eddie Murphy for his part in “Dolemite Is My Name” and British actress Cynthia Erivo for her portrayal of Harriett Tubman.

Joaquin Phoenix, who won the award for best leading actor for “Joker,” took his time on the stage to more directly criticize the lack of diversity celebrated at the award show.

“I feel conflicted because so many of my fellow actors that are deserving don’t have that same privilege. I think that we send a very clear message to people of color that you’re not welcome here,” Phoenix said. “I think that’s the message that we’re sending to people that have contributed so much to our medium and our industry and in ways that we benefit from.”

“I think that people want to be acknowledged and appreciated and respected for their work,” he continued. Phoenix acknowledged that he was “part of the problem.” In his powerful message, the actor said that he had “not done everything in [his] power” to ensure inclusivity.

Phoenix went on to slam the industry for promoting “systemic racism” and urged the audience to “dismantle”  what he calls a “system of oppression.”

Many took note of the actor’s criticism and Phoenix’s attack on the industry prompted people to speak out and praise him on social media.

“An uncomfortable silence filled the hall for a long noticeable moment. Thank you Joaquin,” tweeted “The Farewell” director Lulu Wang.

Actress Kerry Washington applauded the actor for his “facts.”

Even the Duke of Cambridge, who is also the BAFTA’s president, addressed the controversy in his closing remarks.

“We find ourselves talking again about the need to do more to ensure diversity in the sector and the awards process. That simply cannot be right in this day and age,” Prince William said. “BAFTA take this issue seriously, and following this year’s nominations, have launched a full and thorough review of the entire awards process to build on their existing work and ensure that opportunities are available to everyone.”