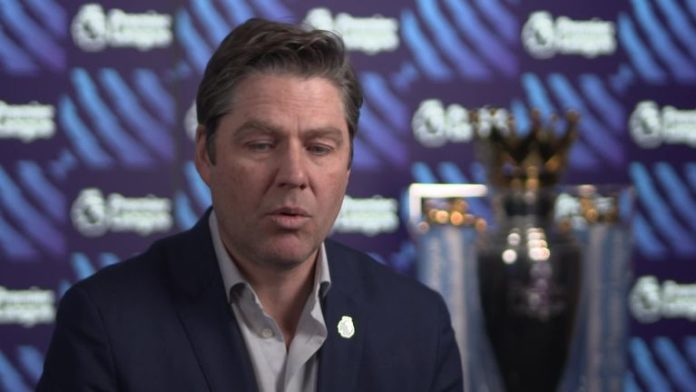 Top-flight clubs will come to a decision this week on the possibility of pushing the summer transfer window deadline back to the end of August, the Premier League’s chief executive Richard Masters has confirmed.

Premier League clubs voted in favour of bringing forward the transfer deadline to the day before the start of the season in 2018, instead of sticking with Deadline Day on August 31 as in previous years.

However, that move came into scrutiny as it put Premier League teams in danger of having their players targeted by European clubs following the end of their transfer window, as no other league decided to align their transfer deadline.

In his first interview since his permanent appointment in December, Masters told Sky Sports News how Britain’s exit from the European Union could impact a potential restructure of the summer transfer window.

“We’re going to have another debate this week, there’s a possibility that might change,” Masters said.

“One of the reasons is because the immigration system is going to change and it may be that it’s the last window where freedom of movement is possible, clubs may want to take advantage of the longer window to make sure that they’ve taken full advantage.”

“There are two options. Either no change or moving it back to the end of the month. And there’s a possible alternative model which is a hybrid model where you move it back, but Premier League clubs don’t trade between themselves.

“So clubs will take a view and decide for themselves what they want to do later this week.”

Will there be more ‘armpit offsides’?

Another topic of debate which arose from the Premier League season is how offside calls are viewed by the Video Assistant Referee, with a few incidents where a goal has been disallowed for the narrowest of marginal offside decisions.

Liverpool’s Roberto Firmino, Sheffield United’s David McGoldrick and Norwich’s Teemu Pukki are only three of the players who have seen a goal chalked off by VAR after being adjudged to be offside with their armpit.

Masters says the offside system is another point the Premier League will be looking at going into next season.

“Yes it is. It’s a discussion point, rather than calling it under review, and we’re constantly in discussion with PGMOL and IFAB and see whether some of these things can be loosened or whatever,” he said.

“We’ve seen more use of the Referee Review Area and that’s something that will also be discussed in April.”

“No decisions are going to be taken this week. It’s more likely we will take a view on these things in April, with serious discussions and what sort of VAR clubs wants next season.”

Liverpool made it through to the fifth round of the FA Cup with a 1-0 win over Shrewsbury in their fourth-round replay on Wednesday night.

However, none of the Premier League leaders’ first team took part in the fixture as they were on their scheduled winter break, with head coach Jurgen Klopp lamenting the congested fixture list.

Instead, Liverpool fielded one of their youngest-ever starting XI, with U23 players such as Ki-Jana Hoever, Pedro Chirivella and Curtis Jones featuring, all guided by U23 head coach Neil Critchley.

“We have a lot of sympathy with managers who have to manage their squads in a crowded fixture list,” Masters said. “The demands on players possibly is [going up].

“Ultimately, Jurgen has had probably the most extraordinary season, with the Club World Cup, advancing in so many competitions.”

“I can understand the decision, but it is their decision. If it could be avoided, it would be better.”