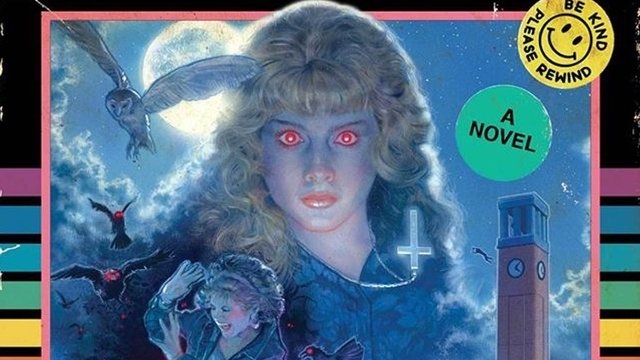 Long-time TV director Damon Thomas has signed on to helm Endeavor Content’s forthcoming horror film adaptation of My Best Friend’s Exorcism, JoBlo has confirmed. This project will also mark Thomas’ feature directorial debut after 18 years of directing TV films and episodes. Based on author Grady Hendrix’s horror novel of the same name, the film will be produced by Happy Death Day writer and director Christopher Landon.

Thomas is no stranger to the horror genre as he had directed multiple episodes of Showtime’s Penny Dreadful and the most recent one was Netflix and BBC’s Dracula limited series which starred Claes Bang. His other TV credits include: Killing Eve, Nightflyers, In the Flesh, Walter, Lightfields and Monroe.

RELATED: The Southern Book Club’s Guide to Slaying Vampires Series in the Works at Amazon

Described as Beaches meets Heathers meets The Exorcist, My Best Friend’s Exorcism is set in 1988 and followed the relationship of two best friends, Abby and Gretchen. After an evening of skinny-dipping goes disastrously wrong, Gretchen begins to act more and more different, as Abby slowly comes to believe her friend has become demonically possessed. Both girls must soon face a tough question: is their friendship strong enough to beat the Devil?

First published in 2016 by Quirk Books, Hendrix’s horror novel was named one of Paste Magazine’s 50 best horror novels of all-time. Hendrix will be serving as a creative consultant on the film with Jenna Lamia (Awkward, 90210) set to pen the screenplay.

In addition to Christopher Landon and Gotham Group’s Ellen Goldsmith-Vein, Quirk Books will also produce the film adaptation. This will be the first time that the book publisher, known for the titles Miss Peregrine’s Home for Peculiar Children and Pride and Prejudice and Zombies, will be producing a movie. Endeavor Content (Killing Eve, Colette) will co-finance and handle worldwide sales for the project.

RELATED: Andy Muschietti to Direct The Howling Remake for Netflix

Grady Hendrix‘s novel Horrorstor is also being adapted for the big screen by Josh Schwartz and Gail Berman. Hendrix is best known for writing many horror novels such as The Southern Book Club’s Guide to Slaying Vampires, We Sold Our Souls and Paperback from Hell: The Twister History of ’70s and ’80s Horror Fiction. The latter had earned him a Bram Stoker Award for Best Non-Fiction in 2018. He also wrote the screenplay for last year’s comedy horror film Satanic Panic which starred Rebecca Romijn and Jerry O’Connell.