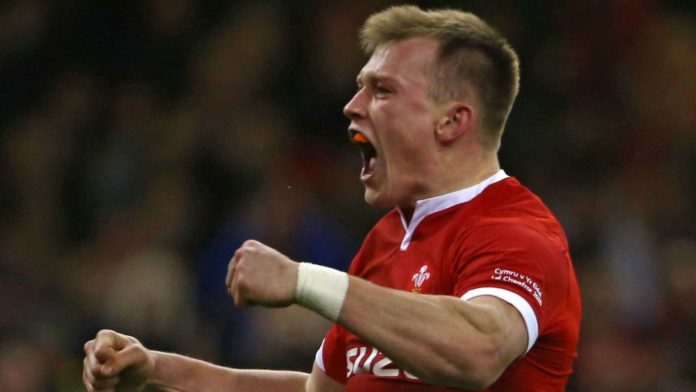 Nick Tompkins has earned his first start for Wales in the sole change to Wayne Pivac’s starting XV for the Six Nations clash with Ireland.

Tompkins came on as a second-half replacement to score in the 42-0 win over Italy in Cardiff last Saturday and has now been given the nod to line up at outside centre in Dublin.

His inclusion sees George North move back to his more familiar position on the wing, while Johnny McNicoll drops to the bench.

“I thought he played exceptionally well when he came on last week so he deserves the start,” Pivac said of Tompkins.

“George, who played really well last weekend at centre, moves back out to the wing.

“Momentum is important in the Championship. It was nice to get a good winning start under our belts and hopefully we can build on that through the tournament.”

“I thought he played exceptionally well when he came on last week so he deserves the start.”

Although his starting line-up features just the one change, Pivac has opted to switch things around among the replacements.

Prop Rhys Carre, who is available again after serving a suspension following his sending off in Saracens’ Champions Cup victory over the Ospreys last month, is recalled.

Scrum-half Gareth Davies and Gloucester back Owen Williams are also on the bench in place of Rhys Webb and Jarrod Evans.