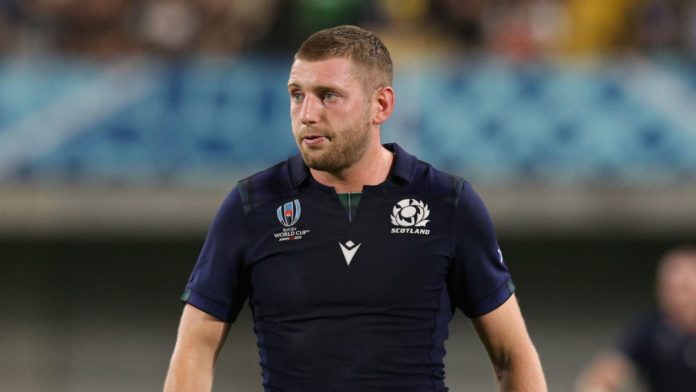 Finn Russell could be available for selection after Scotland’s Six Nations match against England this weekend, according to head coach Gregor Townsend.

Townsend revealed he had spoken to Russell on Sunday night but decided not to make any changes to the squad for this weekend.

The Racing 92 fly-half has been dropped from the first two squads for this year’s Championship after breaching team rules following an alleged late-night drinking session at the team hotel.

There are two weeks between this weekend’s fixture against England at Murrayfield and Scotland’s third match of the tournament against Italy in Rome.

“I spoke to [Russell] on Sunday night to let him know we wouldn’t be making any changes to the squad and that I would reassess after this weekend’s game,” Townsend said.

When asked if it was a positive conversation, he replied: “It was a conversation. It was to tell him he wasn’t in the squad for this week and we would look at things next week.”

The Scotland coach says the match against England is always extra special with the Calcutta Cup at stake.

Scotland won the trophy from England in 2018 and then retained it following a 38-38 draw at Twickenham last year.

On Saturday they could lift the cup for a third successive year for the first time since 1972.

Townsend added: “This is our most important fixture that we play every year.

“We play for a trophy, it’s the oldest game in the history of test rugby, we know how much it means to our supporters if we win this game and it’s nice there is a bit of spice in the build up.

“Rugby is a contact sport, so you need to get yourself fired up for that contact. We know England are a physical team.

“Their game is based on a few things but probably the number one thing is winning gain line in attack and defence. So we have to be even more physical than we were last week.”