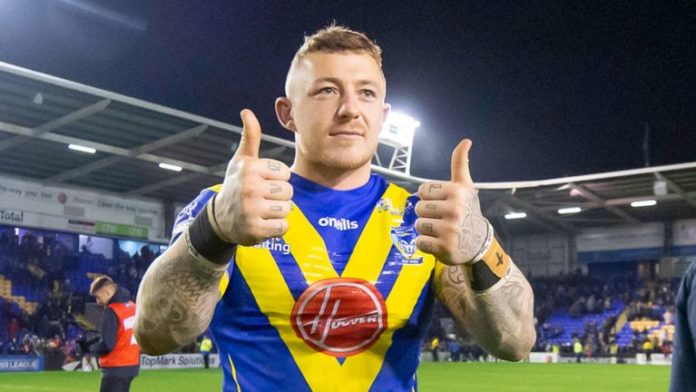 Warrington coach Steve Price was delighted to beat reigning champions St Helens to nil as they got off the mark with a 19-0 victory in the second round of the Betfred Super League.

The Wolves, who showed much promise in their opening defeat at Wigan, shrugged off the absence of suspended England prop Chris Hill to inflict a first defeat on new Saints coach Kristian Woolf.

“It’s always pleasing when you put solid performances like that together,” Price said. “I thought there were some good signs last week, it’s very encouraging.

“The most pleasing thing is to keep a quality team to zero points, I thought the energy we displayed across the line and the amount of effort was first class.

“We played some rugby too. We played fairly direct with a bit of ball movement.

“Having said that, it’s round two so early days and we’re not getting carried away with ourselves. There is still a lot of hard work to do. We want to be a consistent team this year, that’s our challenge.”

Warrington will still be without co-captains Hill and Jack Hughes for their next match at Wakefield but new signing Gareth Widdop is close to making his debut as he continues to recover from an ankle injury.

“I’m pretty confident Gareth Widdop will come into consideration next week,” Price said. “It’s a good headache to have.”

So impressive in their opening win over Salford, the patched-up champions were virtually unrecognisable as they were nilled for the first time since they lost 25-0 to Wigan at the DW Stadium in August 2016.

Already without five members of their Grand Final-winning team, they lost England prop Alex Walmsley with a calf injury in the warm-up and centre Mark Percival with a shoulder problem 90 seconds into the second half.

Woolf says both players will go for scans to ascertain the extent of the injuries but refused to use them as an excuse for the defeat.

“It wasn’t who we had on the park, it was how we played,” he said. “It’s disappointing. I just don’t think we played well at all.

“Losing Walmsley was obviously a challenge. He’s a good player, a real leader in our group but it’s also something we’ve got to get over and handle a bit better. The fact is you lose players and good players in our sport.

“It’s not why we lost the game, we need to be a lot better at overcoming things. We weren’t playing well before Percy came off the field.

“We were a bit undisciplined with the ball and the same without the ball. We did some uncharacteristic things, I’m not sure why at this stage.

“We were well off where we were last week, there was not the same commitment to defence.

“We’ve got to learn from it and make sure we don’t make the same mistake twice.”