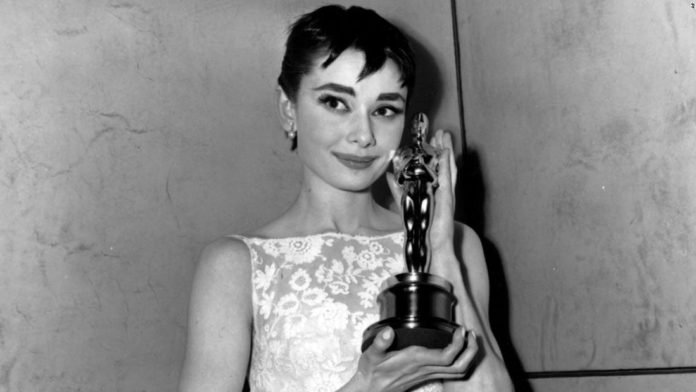 Dressing the stars for the Academy Awards gala — potentially the biggest night of their lives — requires an unwavering commitment to creating an unforgettable look.

Leading stylists are under pressure to make their clients stand out from the crowd and garner enough buzz to keep them on best-dressed lists for years to come. But it wasn’t always that way.

“When the Oscars first started, from 1929 to 1950, and then from the mid 1960s to the late 1980s, stars bought their own clothes to wear to the ceremony,” said Bronwyn Cosgrave, author of “Made for Each Other: Fashion and the Academy Awards,” via email.

“Then, after World War II and until the early 1970s, the big-name designers at studios worked like stylists and often dressed nominees and presenters. There were always women who reacted against this, though, including Marlene Dietrich who wore Dior, and Audrey Hepburn who wore Givenchy.”

“Today, red carpet styling is a profession. Actors have so many appearance obligations, stylists have become as important as a publicist or agent.”

We spoke to some of fashion’s biggest stylists about how they deliver the statement-making glamor we’ve come to expect every year at the Oscars.

Micaela Erlanger’s clients include Academy Award-winners Meryl Streep and Lupita Nyong’o, and actress Diane Kruger. Erlanger shares her red-carpet know-how in the book, “How to Accessorize: Perfect Finish to Every Outfit.”

“For me it’s always about finding something equal parts elegant, timeless and special,” she wrote via email. “If your client wins, those photos go down in history and the dress has to stand the test of time.”

“Normally I collaborate with a designer on a custom piece. Because we know what the dress will be like, based on the sketch, then we can fine-tune accessories like jewels, shoes, and clutches. Sometimes I even have those custom made.

“My job is to find the best look for my client no matter their size,” she added. “I’m happy that our industry is becoming more inclusive.”

Erlanger said that accessories, which are often flown in by private guards from all over the world during awards season, can make all the difference. “The dress sets the tone, but the jewelry is the icing on the cake. I look for brilliant pieces like statement earrings or necklaces or vintage and museum pieces. This year, I have my eye on some stunning platinum and diamond pieces for my clients.”

From the runway to the red carpet: Why haute couture matters

“Almost everything happens in stages. First comes the dress, which can be selected in the initial fitting, though it may take several rounds of options to find the right one,” they told us via email. “Sometimes we will have the correct shoe on hand in fittings, but a lot of the time we work on accessories afterwards.”

“If we’re working on a custom dress, we start from sketches and fabric swatches, and it evolves through several conversations with the designer teams. We also work with incredible tailors who can transform dresses to accommodate different sizes.”

Behind the scenes, it can be a fast-moving business, they said, and dresses are often on loan for one event. “Once, a designer called while a client was on the red carpet to ask what time they could get her dress back. A foreign couture client had seen images of the actress online and wanted to buy the dress off of her back (for six figures!). Someone was waiting for our client at her hotel that night to retrieve the dress and fly it to the new client.”

And it’s important not to get too safe, they said. “The look is never set until the client walks out the door. The minute we become complacent, a zipper or a clasp breaks.”

Once a fashion editor for Vogue, and then fashion director for Vanity Fair, Elizabeth Saltzman now works as a stylist for actress Saoirse Ronan, who is this year nominated for Best Actress for her role in “Little Women.”

“I focus on individuals rather than trends,” Saltzman said after the Valentino Haute Couture show in Paris. “I’m trying to get the real people to shine, and let the clothes be the accessories.”

“We also try to use a mix of everything: a little bit of vintage, a bit of couture. You need the actresses to feel really good about what they’re wearing. It depends what the person wants to put out there. Are they in a new relationship? Are they in a bad situation? are they feeling confident in their body, have they gained weight or lost it, what are they proud of?” She explained. “There is so much more than what people think, it’s not just here are 100 frocks, let the best one win.”

Saltzman said that she likes to make sure her clients are mentally — as well as sartorially — prepared for the red carpet. “Most of my clients are not models, most of them are actresses, so you have to give them a role, otherwise they don’t know what to do. You try to give them a personality or character — like, you’re French, for example — because that’s what they are good at. it’s not a dream being on the red carpet, it’s a job!”