Home World Get up to speed on this year’s Oscar nominees for best international... 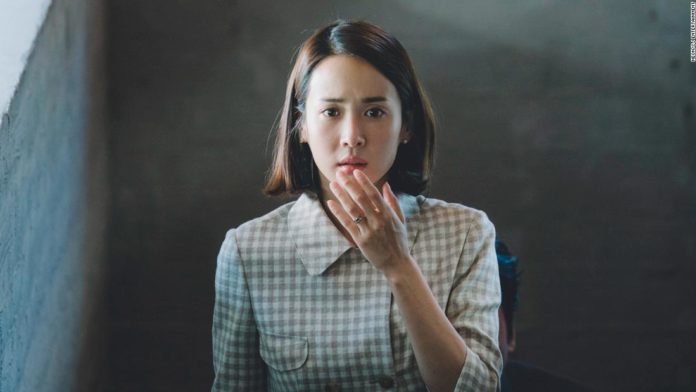 We’ve been here before — 10 times, in fact. Cast your mind back to 2019 and “Roma.” It’d be wrong to write off Alfonso Cuarón’s Mexican drama as a false dawn — winning best director, cinematography and foreign language film isn’t to be sniffed at — but as joint pack leader with 10 nominations, plenty of people thought it might grab top prize last year.
Maybe Netflix was the problem. The new kid on the block reportedly dropped $25-30 million on its first best picture nominee’s Oscar campaign. Even in Hollywood, that may have proved immodest. The Oscar race became a proxy battle between the theater and the sofa and, in 2019 at least, the theater won with “Green Book.”
Nevertheless, here we are twelve months later and there’s another non-English language film with an even better shot.
“Parasite,” directed by South Korean auteur Bong Joon Ho, has already made history. It’s the country’s first Oscar nominee in any category and the first Korean film to win the Palme d’Or, the top prize at Cannes — remarkable statistics given Korean cinema’s outsized influence. It’s also grossed more than $160 million at the global box office — over $30 million of that in the US — and it’s still opening in new territories.
A hit with audiences and critics, it has six nominations and a huge amount of goodwill behind it. Bong has become the toast of the town, with A-listers clambering over each other to sing his praises at various events. And in Neon, “Parasite” has one thing “Roma” did not: a distributor that isn’t a streaming platform. Unencumbered by that albatross, “Parasite” has a better chance of making headway with some of the more traditionally-minded Academy voters looking to preserve the theatrical experience (beyond Netflix’s preferred limited run, anyway).
For fans of international cinema, it’s incredibly exciting, although Sam Mendes’ “1917” or, as outside bets, Quentin Tarantino’s “Once Upon A Time… in Hollywood” or Martin Scorsese’s “The Irishman,” could all spoil the party. Solace may have to be found in the best international feature film category, previously best foreign language film, where the world’s other 7,000 languages can reign supreme. (And to think, Bong had the cheek to label the Oscars “local.”)
The last year was a strong one, and you can measure that by some of the films that missed out. “Atlantics” by French-Senegalese newcomer Mati Diop and “Beanpole” by Russian wunderkind Kantemir Balagov never made it off the Oscars shortlist. “Monos” by Colombian Alejandro Landes never made it to the shortlist, while Celine Sciamma’s critically beloved “Portrait of a Lady on Fire” wasn’t even selected by France to compete (selectors will feel vindicated their choice, “Les Misérables,” is now a nominee).
The category is “Parasite’s” to lose, but that doesn’t mean the other four films it’s competing with should be overlooked. Here’s a breakdown of the runners and riders, and where to watch them before the Academy Awards ceremony on Sunday.

Continuing Poland’s fine recent form in this category, Jan Komasa’s third feature as director stars Bartosz Bielenia as the year’s other Hot Priest. Or, so that’s what Bielenia’s character Daniel would have you believe.
Daniel is a violent young offender who leaves an institution bound for rehabilitation at a rural sawmill. He’s a drug-taking, shot-swilling lout with no prospects. He’s also a devout Christian striving to join the clergy; out of the question due to his criminal record. But when he dodges the sawmill and finds himself sitting in the local priest’s office in a case of mistaken identity, he senses an opportunity.
Bielenia’s Daniel is just trying to be a good Christian in a bad world — one from which he’s struggling to escape. In reinventing himself he sees an out and a way to raise up others out of their pain. But, like Gatsby himself, no fantasy, however well dressed, can erase a man’s past.
“Corpus Christi” is in select US cinemas and available to stream in the UK February 7.

In another year, Pedro Almodóvar would have walked this race with his portrait of the artist an as ailing man.
Not autobiography, but not entirely fiction either, “Pain and Glory” stars Antonio Banderas as Salvador Mallo, Spain’s preeminent auteur, who bears more than a passing resemblance to Almodóvar. Mallo is in a slump, plagued with chronic back pain and depressed. The pain prevents him from filmmaking, and filmmaking prevents his depression. Body and mind at an impasse, he figures dabbling in heroin might help.
The opium fug transports Mallo into his past, raking over the choices he’s made on the road to greatness. But it’s far from misery porn. The script fizzes, leaning into its own conceit, with Banderas rising to the challenge beautifully, playing Mallo with all the wit and rakish charm one might expect. Banderas is well worth his first Academy Award nomination for his work here, and the comparisons between Almodóvar’s wistful reflections and Fellini’s in “8 ½” are warranted. Perhaps only these two Spaniards could make melancholy so fun.
“Pain and Glory” is available to stream in the US and UK on Amazon Prime.

“Honeyland” by Tamara Kotevska and Ljubomir Stefanov has already made history as the first film to be nominated at the Oscars for both best documentary and best international film.
It tells the story of Hatidze, a beekeeper in rural Macedonia, whose peaceful existence is interrupted when a traveling family moves next door. They arrive with cattle, a rabble of unruly children and a struggling but scheming patriarch who would learn from Hatidze so he may profit from her life’s work.
“Honeyland’s” gentle eco-parable, with Hatidze the stand in for Mother Nature herself, is simply structured but rings loud. The hubris of man — it is specifically men — and humanity’s rapacious consumption and selfishness are all laid bare. (“Honeyland” would make an interesting double bill with Darren Aronofksy’s more operatically-inclined “mother!”.) It’s a touching paean to a life given over to the earth, and the contentment one may find in that. But entwined is a indictment of how far the rest of us may have fallen.
“Honeyland” is available to stream in the US and UK on Amazon Prime.

Ladj Ly’s gaze sees all in the director’s bullish portrait of a restless Parisian suburb.
Ly takes a day of national unity — France’s 2018 FIFA World Cup win — and picks at the scab, finding uneasy truces between this group and that, always ready, it seems, to flare up. Life in the high rises is laced with oppression; from the gangs and the police also, the latter keen to dish out their own brand of terror in the name of community.
At the heart of the cold war is Issa (Issa Perica), a boy who has stolen a lion cub from a Roma circus. Its owner confronts the black community, threatening a gang war. But when police intervention ends disastrously, a febrile youth emerges, mad as hell and unwilling to take it any more from both corrupt cops and their elders.
The plot takes a didactic turn, with the writer-director hanging a question mark over the ending. Ly, who was once photographed by artist JR holding a camera like a weapon, knows all about the power of image. Denying us a final glimpse is a more powerful trick still.
“Les Misérables” is in US cinemas and released in UK cinemas April 24.

And so, the frontrunner. “Parasite” is still in cinemas and if you’re keen for a refresher, it’s being rolled out in a new black and white format that will make Ha Jun Lee’s sumptuous production design all that crisper, while evoking Hitchcock and the other American giants that inspired Bong.
Combining upstairs-downstairs politics with myriad genre fare, “Parasite” features the down and out Kim family, who infiltrate the household of the wealthy Parks one job at a time, while concealing their identities from their new employers. Mission complete, the Kims relax. Bad move, it turns out.
From there, the less said the better — there’s a reason Bong and co-writer Jin Won Han are a shoo-in for best original screenplay. There’s also a reason the cast took best ensemble at the Screen Actors Guild Awards (a first for a foreign language title). Everyone involved is as sharp and nimble as the whiplash-inducing script, with Song Kang Ho and Cho Yeo Jeong in particular adding fantastic levels of pathos.
It took Bong’s return to Korea for him to create his masterpiece. Let’s hope “Parasite’s” near year-long press tour hasn’t delayed whatever he has planned next.
“Parasite” is in US cinemas and available to stream on Amazon Prime, and released in UK cinemas February 7.