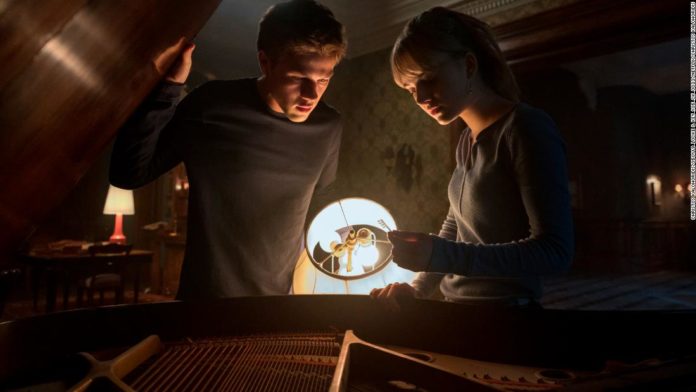 The series focuses on a trio of siblings, the Lockes, who move into their family’s ancestral home after the mysterious murder of their father. Their mom (“Scandal’s” Darby Stanchfield) and uncle (Aaron Ashmore) endeavor to make the change as painless as possible, but alas, normalcy isn’t in the cards.
Instead, the kids — Bode (Jackson Robert Scott, a.k.a. poor Georgie in “It”), Tyler (Connor Jessup) and Kinsey (Emilia Jones) — discover a world that includes magical keys, unlocking strange powers and unleashing an evil force that seeks to wrest the magical artifacts from them.
Kids who discover they have supernatural destinies are a fantasy staple, and the series couples that with the pangs of growing up, juggling friends and romances. As an added burden, they do all of that while gradually peeling away the layers of the mystery surrounding not only their supernatural surroundings but what really happened to dad.
The very nature of that premise, however, requires something more distinctive than “Locke & Key” delivers, which has a very young-adult feel to it, for good and (mostly) ill. Simply put, there are too many TV shows about magical/special/mutant teens to get away with something that comes across as being this generic.
Produced by Carlton Cuse (“Lost”) and Meredith Averill (“The Haunting of Hill House”), “Locke & Key” does have the advantage of being based on a well-established property, and the nature of the story leaves room for further adventures.
As for the invisible barrier that separates a good show from a mediocre one, that’s a door, alas, which “Locke & Key” can’t unlock.
“Locke & Key” premieres Feb. 7 on Netflix.