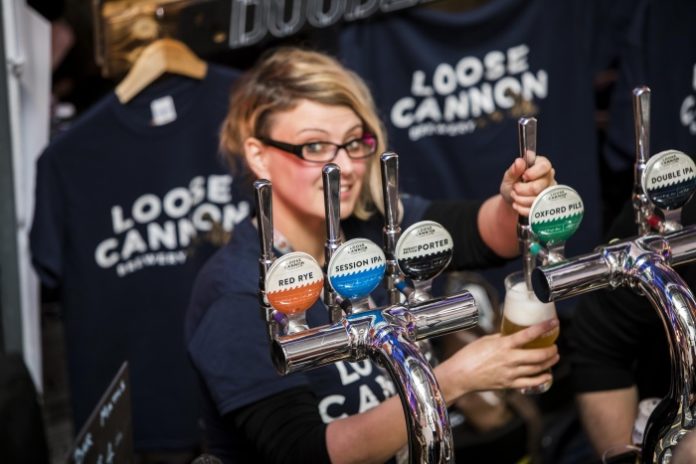 The final details have been revealed for what is the most ambitious and essential beer festival in the UK.

This is all on offer alongside interactive tasting sessions, workshops and talks for this informative and delicious gathering – which takes place on February 27th-29th at the Old Truman Brewery.

With over 150 exhibitors, guests will never find as many of the world’s finest beers gathered in one place as you will at BrewLDN.

Sup the ones you already love; discover the ones you are about to fall in love with; and get adventurous with some bold new tastes before anyone else on the planet.

Other drinks are also on the menu with a strong cider line-up, Fever-Tree championing whiskey and ginger mixer combinations and 19 Crimes who bring some of the finest wines around.

To soak up all this beer love and keep you fuelled, BrewLDN are introducing a fully immersive food and drink space called BrewDining.

Here guests can take a seat at the chef’s table where Guinness Open Gate Brewery, Villa Ascenti Gin and Bulleit Frontier Whiskey team up with some of London’s culinary legends.

Carefully selected dishes from the kitchens of Indian barbecue specialist Brigadiers, purveyors of fresh traditional past La Nonna and London’s only traditional Kansas City BBQ, Prairie Fire, will be paired with the flavour profiles of speciality beers, gin and whiskey.

On the music front, the ten-piece Old Dirty Brasstards are the country’s leading live drum and brass band who cover everything from Chaka Khan to Nirvana in party-starting style.

Joining them will be some of Hoxton Radio’s finest DJs who will cover a wide range of sounds and bring with them plenty of the legendary spirit that makes their station one of London’s finest.

Of course, world renowned party starter DJ Artwork will also be serving up the beats at his own fully branded pub.

Tickets are priced from £15 with more information and a full list of breweries on the official website.