Home Culture Will Young: ‘We need to celebrate Schofield’s sexuality’ 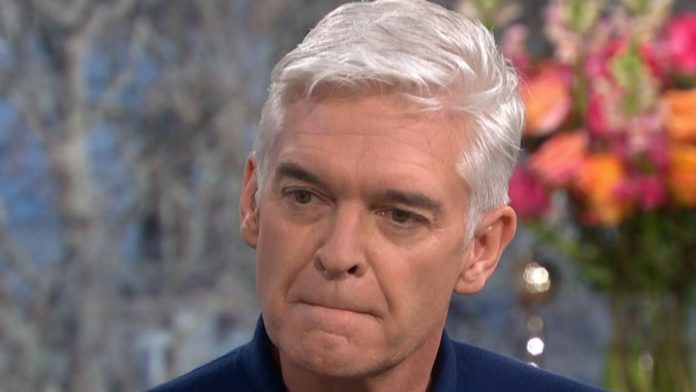 Will Young says Phillip Schofield coming out as gay is “a day to celebrate” and “an inspiration”.

The singer told Sky News he can relate to the 57-year-old’s Instagram announcement today, which the presenter followed with a live interview with Holly Willoughby on ITV’s This Morning.

Young, who came out to his friends and family while at university in 2000, says it’s a situation he can readily understand: “I watched the interview earlier this morning and woke up to a deluge of texts, all praising him…

“I got very emotional, I thought it was wonderful and beautiful and felt a lot of pride and empathy and respect.”

When Young was crowned winner of Pop Idol in 2002, he made the decision to come out publicly, which he says at the time was “very rare”.

Young describes his experience as an openly gay pop star as “horrific”.

“I had a head of the record company saying I sounded too gay when I sang – I had to re-record [Leave Right Now] four times,” he said.

“Then I had the same head of the company suggesting that I did a duet with George Michael at the Brits. And if we kissed at the end that would be the only way that I could get on the Brits.”

However, even at the height of his fame, Young says he could never have concealed his true sexuality.

“The idea of pretending to walk around and have staged photographs of me with a pretend girlfriend would have just crushed me because I’d already come out,” he said.

He says that visibility has played a big part in that, and Schofield’s announcement will now play a part in knocking down barriers.

“It’s just brilliant that you have someone who’s the anchor of one of the most popular shows in Britain being authentic and open and the support is overwhelming,” he said.

Young said it’s particularly powerful that this message will be seen by both older and younger generations.

“The important thing about [This Morning] is that a lot of families watch it. And it’s really important for parents to understand what it’s like. So it educates them because as adults, we’ve come a long way in terms of rights over the last 10 years, but we’re still woefully letting down our children.”

Young, who has been a gay rights activist, says he has spoken to former education ministers Michael Gove and Nicky Morgan on how to prevent homophobia in schools, but was left “hugely disappointed by their lack of focus and discipline”.

Young, who was educated at boarding school, says he didn’t feel accepted or “normal” in the education system, and that for children that then translates to a feeling of lack of safety in wider society.

In a bid to tackle negativity, Young has also worked with Stonewall on the misappropriation of the word “gay” as something wrong or bad.

While Young recognises that “men liking men and women liking women is in the minority”, he says it’s refreshing that we can now have “an open dialogue about it in a very positive way, in an intelligent way.”

Young says that Schofield’s bravery in talking about his sexuality so openly will offer inspiration to those who may be struggling in private.

“What I think is so brilliant and inspiring is that Philip Schofield talks about his wellbeing and it’s the driving force behind him wanting to talk and do the interview on the sofa with Holly, which I thought was amazing”.

Young added: “You’ve got to share it because otherwise it eats you up inside”.

Dustin Diamond, ‘Saved by the Bell’ star, hospitalized with cancer