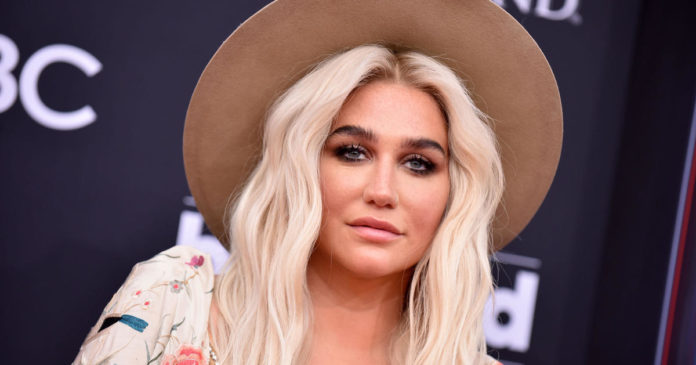 A week after Kesha released her latest album, a judge ruled Thursday that the singer defamed her former music producer, Dr. Luke, in 2016 text messages she sent to Lady Gaga. It’s a major setback for Kesha in a legal battle that has been going on for years.

In 2014, Kesha Rose Sebert, now 32, sued her producer, Lukasz “Dr. Luke” Gottwald, to void her contract following alleged sexual, physical, verbal and emotional abuse, according to court records. The allegations include claims that Gottwald drugged and raped the pop star in 2005, when she was 18 years old.

That same day, Gottwald countersued her for defamation and breach of contract, arguing that the rape claims were only made to get out of her recording contract. He denies the charges against him.

On February 19, 2016, Kesha lost the bid to be released from her contract with Gottwald. Within minutes of the verdict, Lady Gaga, Ariana Grande and other stars took to social media to voice their support for Kesha, who was photographed sobbing in court after the news. As a result, the hashtag #FreeKesha trended nationwide.

On Thursday, a New York judge resolved a small part of the case involving a text message between Kesha and Lady Gaga and outstanding royalties Kesha owes Gottwald.

In a 2016 text message to Lady Gaga, Kesha claimed Katy Perry had been “raped by the same man,” referring to Gottwald. However, Perry testified that that was not the case.

“There is no evidence whatsoever that Gottwald raped Katy Perry or that Katy Perry, whose sworn testimony is unrefuted, must not be believed,” Judge Jennifer Schecter said in the ruling.

Schecter ruled Thursday that the text message was defamatory. She disputed Kesha’s claim that Gottwald is a public figure, saying he was unknown before the case began — meaning that his attorneys will not need to prove the singer acted with “actual malice” when making her claim.

“Gottwald certainly is not a ‘general public figure,'” the ruling reads. “Although he may be well known in music-industry circles, he has ever been a household name or achieved general pervasive fame and notoriety in the community.”

In the ruling, Schecter also ordered Kesha to pay $373,671.88 to her former producer in interest for late royalties. The court dismissed Kesha’s claim that her contract with Gottwald’s record label was unconscionable and fraudulent.

“We disagree with the Court’s rulings. We plan to immediately appeal,” Kesha’s legal team said in a statement to BBC News.

Thursday’s ruling only resolved part of the case. The judge emphasized that she was not ruling on whether or not Gottwald raped Kesha — that decision will be left to a jury.

“The only remaining lawsuit is Dr. Luke’s case against Kesha for defamation and breach of contract. Dr. Luke is pursuing this lawsuit to seek recovery for the serious harm Kesha’s false accusations of rape have caused Dr. Luke, his family and his business.

“Dr. Luke looks forward to the trial of his case where he will prove that Kesha’s other false statements about him were equally false and defamatory,” she concluded.