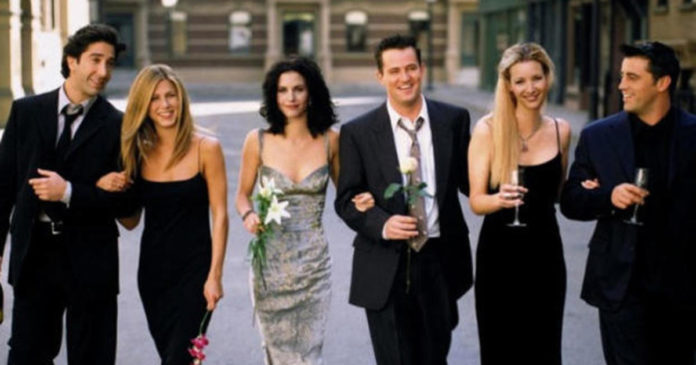 A “Friends” reunion special may be coming soon. The six main cast members are in talks to film a one-hour special for HBO Max, according to Deadline. Deadline reports each of the stars could get up to $4 million for the unscripted reunion, while the Wall Street Journal says they could each get around $2.5 million.

While the show ended in 2004, it lived on via Netflix until this year. HBO Max, a new streaming service set to launch this year, announced it would be the exclusive streaming home to all 236 episodes of “Friends,” WarnerMedia said in a press release last year.

HBO Max will launch this spring with 10,000 hours of content, according to WarnerMedia. If fans are lucky, one of those hours could be the “Friends” reunion.

Rumors about the possible reunion began circulating in November 2019, when The Hollywood Reporter wrote that all six stars were willing to do the special. The show’s creators, David Crane and Marta Kauffman, were also willing to come back, THR said.

But at that time, Kauffman said she “really” didn’t know what was going on with the HBO Max “Friends” reunion project. “It’s complicated. It’s very complicated,” Kauffman told Entertainment Tonight backstage at the 2020 Producers Guild Awards. “It’s everything. It’s a very complicated thing to do.”

While the hit sitcom is more than 15 years old, many of the “friends” have been back in the spotlight lately. Jennifer Aniston stars in Apple’s new drama “The Morning Show,” for which she won a SAG award. She also stunned the internet when she joined Instagram last year, gaining millions of followers in record time. She’s now at 27 million.

Her co-star Matthew Perry followed suit, and became the last “Friends” star to join Instagram just this week. His “Friends” costars made just as big of a deal out of his new Instagram account as they did Aniston’s.

Courteney Cox also used the platform to share a bit of “Friends” nostalgia, posting a photo of the group’s “last supper” before they filmed the last episode of the show in 2004.

This is the kind of post that fans have been dissecting, wondering if it is a clue about a possible reunion show. With more and more rumors popping up about the possible HBO Max special, fans might get what they’ve been waiting for.