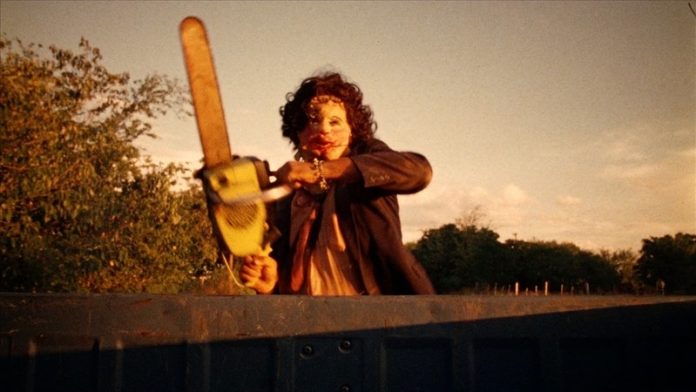 Variety brings word that directing duo Ryan and Andy Tohill have been tapped to helm Legendary Entertainment‘s upcoming horror reboot of Tobe Hooper’s iconic 1974 film The Texas Chainsaw Massacre, with Chris Thomas Devlin attached to write the screenplay. This project will mark the Tohills first major film after directing their feature directorial debut film The Dig which had its premiere at the 2018 Toronto International Film Festival.

“The Tohill’s vision is exactly what the fans want,” producer Fede Alvarez said in a statement. “It’s violent, exciting and so depraved that it will stay with you forever.”

The Texas Chainsaw Massacre reboot will be produced by Fede Alvarez, who is known for directing Don’t Breathe and 2013’s Evil Dead, along with Rodolfo Sayagues through Bad Hombre banner. Plot details for the reboot film are still being kept under wraps.

The Texas Chain Saw Massacre franchise centers around Leatherface and his backwoods family, who terrorize innocent visitors trespassing their lands in the isolated Texas countryside. The original film was directed by Tobe Hooper (Poltergeist) and released in 1974. The franchise currently has a total of eight films with the most recent entry being the 2017 prequel simply titled Leatherface. Featuring cast members that included Matthew McConaughey, Renee Zellweger, Viggo Mortensen, and Dennis Hopper, the film series has grossed more than $235 million worldwide.

RELATED: Fede Alvarez to Direct ‘The Shining in The White House’ Movie

Legendary has had experience producing and reinventing films based on horror classics before such as Godzilla and King Kong who are now part of the same Monster-verse. They’ve also worked in horror with some original films like Michael Dougherty’s Trick ‘r Treat and Krampus, plus the big budget Dracula Untold, and Guillermo del Toro’s Crimson Peak.

3 Ways to Help Save Monarch Butterflies and Other Pollinators

Cancer Is on the Rise Among Young People