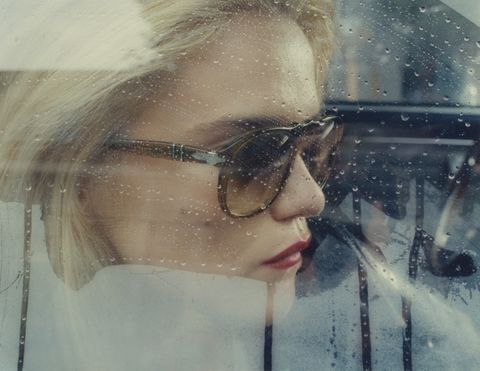 How do you reinvent a classic? That was precisely the challenge faced by legendary French fashion guru Jean Touitou of A.P.C. when he sat down to create a special collection with Italian eyewear maker Persol, originator of some of the most iconic and recognizable shades known to man. “I’m a long-time consumer of Persol” explains Touitou. “I was somewhere in Sicily years ago and I had lost my shades and so I needed to get some more. I went in a regular sunglasses store and I immediately chose these Persols—it has something unique—that spoke to me right away. It was an instinctive choice.”

The frames he chose back then are the same frames—style number 649—that he plumped for in the new collaboration that launched today. The frames were first produced for Turin’s tram drivers in 1959, but were first established as a style icon by Marcello Mastroianni when he wore them in Divorce Italian Style in 1961.

“A few things in life are difficult to reinvent, like cars” says Touitou. “If I had to design a bottle of soda I’d be really in difficulty. A pair of sunglasses is tricky, too. It cannot be too neutral but it mustn’t be over designed either. The goal is to find the exact amount of detail and neutrality—that’s certainly the case for the style we picked on. It fits so many people because there’s a universal beauty contained in it. But you do have to make some impact on it otherwise it’s just a marketing team talking to another marketing team”.

“To me, the secret of men’s style at the end of the day is all about the head and the feet. It’s about how you do your hair and what shoes you put on your feet. So shades are also very important. I don’t know why but I always had that intuition. Shades are part of the signature of a man,” he says.

“We didn’t think so much. It was very instinctive and direct—it was this or nothing else. It’s like when we do a shooting, we used to do a polaroid and start from that to have a reference. Then we’d spend the rest of the day trying to get back to the energy of the first polaroid. It’s classic. Sometimes the first idea is the best idea.” 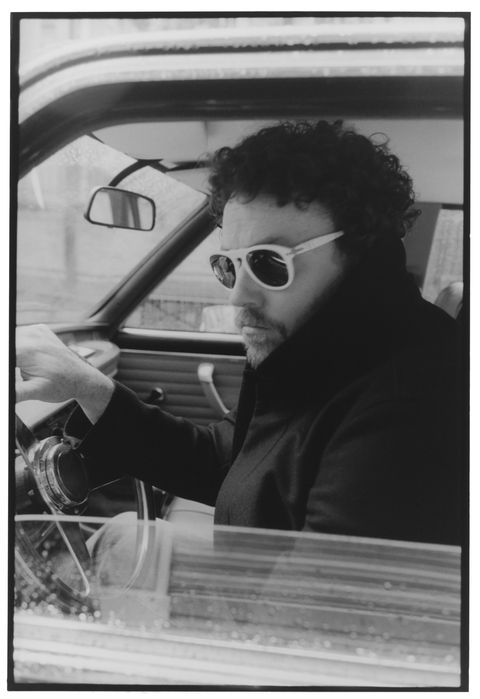 Josesph Mount in the new version of the 649s.

Rather than futz with Persol’s iconic 649 frame shape, Touitou looked instead at the materials, settling eventually on three: opaque white in a nod to Kurt Cobain, transparent brown, and transparent green. “To use that type of material on that kind of style is not something Persol would naturally do. And with that kind of faded lens too. It was kind of risky…”

But it came out great. “At A.P.C., we have a long history of collaborations; we did our first collabs 25 years ago, and I still find them very useful,” Touitou says. “It can look poor when it’s just a marketing team talking to another marketing team and they’re saying, ‘Yo, lets collaborate.’ In general, people exchange their files and say, ‘We need this and that and we need the logo here blah blah blah.’ There’s no creativity. The good part is when there is a real conversation—a creative dialog. Even arguments; you need that, you even need argument, because that’s where the spark happens.”

Dan Levy Is Kilted and Killing It at the 2020 Emmys

The Full Story Behind Patagonia’s ‘Vote the Assholes Out’ Tags