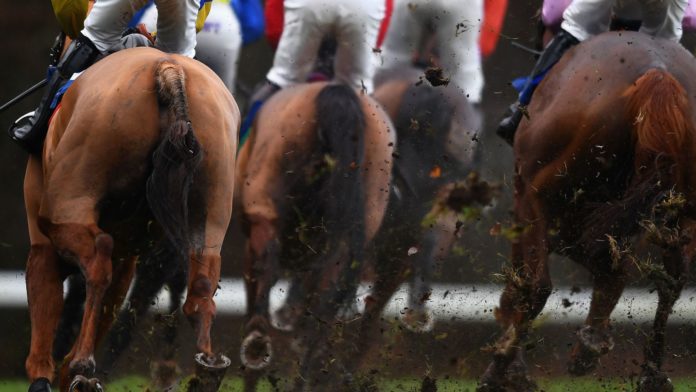 Storm Ciara has forced the abandonment of all three of Sunday’s meetings in Britain and Ireland.

Exeter was first to be called off, shortly before a scheduled 8am inspection, and then Southwell’s all-weather meeting and Punchestown’s Grand National Trial card followed around an hour later.

Gales, forecast to continue throughout the day, put paid to Exeter and also Southwell.

At Punchestown, it was initially hoped the high-profile fixture would survive – but after almost 30mm of further rain on Sunday morning, it was cancelled too.

A Tweet from Exeter before 8am confirmed racing would not take place.

It read: “Unfortunately Racing today has been Abandoned. Wind speeds have reached unacceptable mph gusts this morning, and our localised forecast predict this to continue for the remainder of today, affecting our racing operation, public safety and grandstand areas.”

Southwell and Punchestown then fell in quick succession.

The Irish track tweeted: “Following a further 27mm since 8am racing is now cancelled.”

Gales were the problem at Southwell, who tweeted: “Racing is ABANDONED this afternoon due to high winds. Equine and human welfare is of paramount importance and unfortunately the weather has beaten us today.”

Plumpton has announced a precautionary race-day inspection at 8am for the card there on Monday.

Winds are expected to ease before then. But up to 20mm of rain is forecast on ground already described as heavy, soft in places.