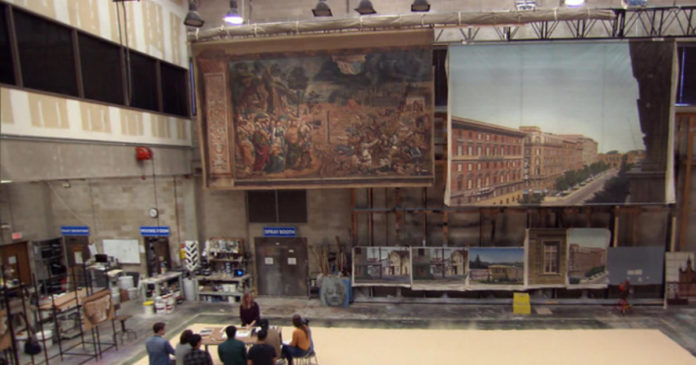 In Hollywood’s Golden Age, hand-painted backdrops played a vital role in the magic of movies, creating cities, sunsets, or any other setting a director could imagine. These massive artworks were some of the largest paintings ever created, by artists whose work often went unappreciated. John Blackstone reports on the Backdrop Recovery Project, an effort to rescue these works of cinema history, and talks with Karen Maness, coauthor of “The Art of the Hollywood Backdrop,” and with Lynne Coakley, whose family business, JC Backings, has been providing the backgrounds to movies and TV shows for generations.