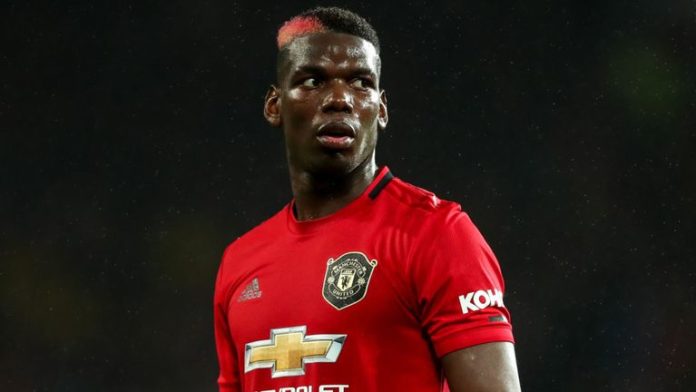 In a new weekly column, Sky Sports News reporter Kaveh Solhekol gives his thoughts on Paul Pogba’s future, where Kalidou Koulibaly will be next season and Louis van Gaal’s next big move…

Most Manchester United fans are resigned to the fact Paul Pogba will leave Old Trafford this summer.

Pogba made it clear he thought he could do better than United in June last year when he used a personal promotional tour in Japan to tell the world he wanted a new challenge.

Not much has happened since then as far as he is concerned and looking back last summer was probably the best time for United to sell Pogba.

Their refusal to let him go appears to have backfired because injuries mean he has played only eight times this season.

United valued him at £150m last summer and there was no way Real Madrid were going to pay that much during a window in which they spent almost £300m on players such as Eden Hazard, Luka Jovic, Eder Militao and Ferland Mendy.

Real Madrid did end up making a late low offer of £26m (€30m) plus James Rodriguez which was rejected out of hand by United.

Madrid will go back in for Pogba this summer by which time he will have only a year left on his Old Trafford contract, although United have the no-brainer option of extending it by another 12 months.

He will be 27 next month and there is no indication he would be willing to sign a new Old Trafford contract.

That is why it makes sense for United to sell Pogba this summer.

He will be 27, he will effectively have two years left on his contract and he will be a World Cup winner who should be starring for France in the Euros.

Leaving United will not be easy though.

There are only a handful of clubs who can afford to sign him, pay his wages and Mino Raiola’s commission.

Juventus were interested last year but they will have to sell before they buy in the summer and there are question marks about the future of their head coach Maurizio Sarri.

Great things were expected when Pogba returned to United from Juventus in a world-record £89m deal almost four years ago.

The move has not worked out and he believes he joined United under a false prospectus.

He was supposed to be part of a new side who were going to be winning titles again and challenging for the Champions League.

In reality, at club level, winning the League Cup and the Europa League was as good as it got.

The bottom line is he thinks he can do better than Manchester United and when that happens it is time to move on.

Look on the bright side though. United now have Bruno Fernandes and whatever happens they will get more for Pogba than when he moved to Juventus for nothing in 2012.

Where next for Koulibaly?

Kalidou Koulibaly will be one of the most sought after players in Europe when the transfer window opens again this summer.

The Napoli defender is set to leave Italy at the end of the season but it will not be easy for buying clubs to negotiate with Aurelio De Laurentiis.

The Napoli chairman drives a hard bargain and players rarely leave the club unless it is on his terms.

Two summers ago Koulibaly was valued at more than £100m, but it is difficult to see anyone paying that much for him this year.

He will be 29 in June and that means he will have little resale value for interested Premier League clubs such as Manchester City, Tottenham and Chelsea.

That is why Paris Saint-Germain are favourites to sign him this summer. They are willing to double his wages to around £200,000 a week.

That would suit the player, but what the demanding De Laurentiis wants will be the determining factor in where he plays next season.

News arrives from the one and only Louis van Gaal. The legendary Dutch manager announced his retirement last March and he is now putting the finishing touches to a book and film about his career.

He won seven titles in four countries and managed Barcelona, Bayern Munich and Manchester United during a stellar career which included winning the European Cup with Ajax in 1995.

When you look at what is happening now at United there’s a pretty good chance they would be in better shape if he was still there.

If his book is as illuminating and entertaining as his interviews and press conferences in Manchester then it will definitely be worth a read.

It is called The Coach and the Total Human Being and will be released in May.

Before Sky Sports, I used to write for a newspaper. Being a football reporter meant covering one or two games every week.

One of the occupational hazards of the job was the half-time music. Hearing Patience by Take That reminds most people of a broken heart.

For me, it’s a 1-1 draw in League Two between Northampton Town and Darlington.

The Edge of Democracy

There’s a feature on the Chelsea official website where players recommend what they have been watching on Netflix.

Something called Prison Break keeps cropping up so I gave it a go but did not get far.

Instead, I had to rely on the Twitter feed of New York Times sports news reporter Tariq Panja for advice about what to watch.

He recommended The Edge of Democracy which is a documentary about the rise of populism in Brazil.

It doesn’t have any football in it but it’s well worth a watch.