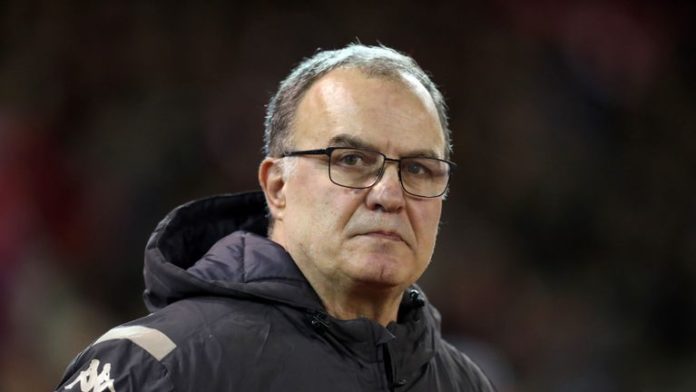 Watch Brentford vs Leeds live on Sky Sports Football Red Button and the Sky Sports app from 7.40pm on Tuesday; kick off is at 7.45pm

Meticulous in preparation. Thorough in his research. Attentive to detail. These are the qualities that lead many in the game to describe Marcelo Bielsa as one of the best coaches in world football.

This is reflected in a 20-minute answer he gave when questioned about new signing Jean-Kevin Augustin last week.

For Bielsa, the detail in his answer was both a sign of respect for the nature of the question and a willingness to show the media and fans just how carefully he lays out a plan for each individual.

However, this answer was also used by some on social media to poke fun at Leeds’ expense – something which hasn’t been lost on Bielsa.

He saw it, he read it, and he made a point of acknowledging it during Monday’s pre-Brentford news conference.

He’s as acutely aware of what’s being said in the media or among fans as he is of each individual player in his squad, and that obsessive nature which leaves no stone unturned is unwavering, no matter the situation.

A 2-0 loss at the City Ground to fellow promotion-rivals Nottingham Forest on Saturday saw the Reds climb to within a point of Leeds in fourth, while third-placed Fulham are level on 55 points with Bielsa’s side.

Earlier in the campaign, after 21 matches played, Leeds were top of the league and 11 points ahead of the play-off places, following a typically-prolific start to the season.

Leeds haven’t scored in four of their last five league games, and they’ve only won twice in the past two months.

When asked about Leeds’ recent failure to convert chances into goals, Bielsa gave a simple, pragmatic answer: “This has happened to every team.

“Every team has ups and downs. Leeds are the best attacking team in the Championship, but it is not useful to give more explanations because the results speak for themselves and the results are bad.”

The Argentine is all too well aware of what is being said outside the club. It is fair to surmise that it’s a source of great frustration for him.

But he’s also a realist, ultimately he knows the only way that the narrative changes is if his team starts winning again.

His success as a coach is rooted in long and firmly-held beliefs about the game, a work ethic that is unquestioned and a resolve which remains unwavering.

While there are those who have questioned that resolve in recent weeks, Bielsa himself does not question that or the integrity of his players.

“The players have always been present in matches and of course the importance of this game is very clear,” Bielsa said when looking ahead to a crucial clash at Griffin Park.

It’s now more than two years since Leeds last came away from the capital with a win. Victory at promotion rivals, Brentford, would be a timely moment to end that run and perhaps change the current narrative.