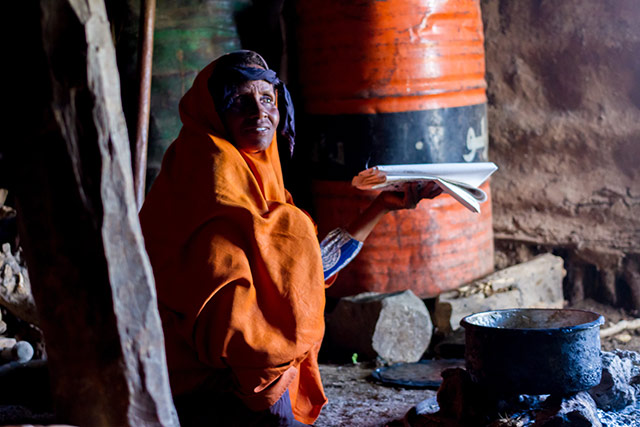 An estimated 4.1 million people are acutely food insecure in Somalia, according to the latest post-Deyr assessment released by the Food Security and Nutrition Analysis Unit (FSNAU) of the Food and Agriculture Organization of the United Nations (FAO) and the Famine Early Warning Systems Network (FEWS NET).

Following one of the worst harvests on record in 2019, favourable rains throughout the October to December Deyr cropping season led to above-average cereal production in southern Somalia, as well as some improved harvests in the northwest of the country. Farmers were also able to cultivate more land, while poor rural households had increased labour opportunities. Together with the higher yields, the rains also led to better pasture, which improved livestock health and production and meant households could increase their milk consumption, improving their food security and nutrition.

“Sustained humanitarian assistance during the last Deyr season was one critical factor in avoiding worse outcomes, particularly among the most vulnerable. Some 1.3 million Somalis could be facing Crisis or worse (Integrated Food Security Phase Classification [IPC] 3 and above) levels of acute food insecurity between April and June,” said Daniel Molla, Chief Technical Adviser for the FSNAU at the FAO office in Somalia.

Food security in late 2019 (at the same time last year an estimated 1.5 million people were facing Crisis or worse) was seriously affected by floods that disrupted livelihoods, caused large-scale population displacement and resulted in significant crop losses in riverine areas. Moreover, before the start of the 2019 Deyr season many poor households in northern and central Somalia were still recovering from food and income losses incurred during the severe 2016/2017 and 2018/2019 droughts. An estimated 2.6 million people in Somalia are currently also displaced by conflict, drought and floods.

“We must maintain the humanitarian response to allow more Somalis to cope with and recover from future shocks, as well as to sustain the improvements observed and seize the opportunity to address underlying causes of vulnerability to various shocks,” said Abdel Abdemoula, Deputy Special Representative of the Secretary-General and Resident & Humanitarian Coordinator for Somalia.

The report also highlights that almost one million children face acute malnutrition in Somalia, including 162 000 who could become severely malnourished by the end of this year. Somalia’s protracted crisis is still among the largest and most complex humanitarian emergencies in the world. “The food security and nutrition situation in Somalia continues to be of serious concern,” said Abdemoula.

Somalia recently declared a national emergency due to the current desert locust upsurge. “Despite the notable overall improvement recorded in food security, we must not let our guard down. New generations of desert locust are breeding across our country and they pose an absolute threat to next Gu season, which starts in a few weeks. We cannot afford another setback in food security and nutrition,” said  Deputy Minister of Agriculture and Irrigation, Hamoud Ali Hassan.

Desert locusts have so far only caused limited and localized damage to crops, mostly in central areas of the country. Abundant rainfall has so far compensated for locust-related losses thanks to improved pasture. However, the risk of an upsurge causing extensive damage to crops and pasture remains high throughout 2020 given the ever-expanding areas affected. Hatching and formation of band of hopper, that will form new swarms when they become immature adults, continues in central and northern areas. The report stressed the need for continued close monitoring and urgent scaling up of control measures.

Somalia’s Deputy Minister of Agriculture reiterated the Government’s commitment to work together with international partners to contain the desert locust upsurge as much as possible. “We need to rapidly scale up control operations, thereby anticipating and mitigating any damage to food security while protecting rural livelihoods in Somalia,” said Mr Hassan.