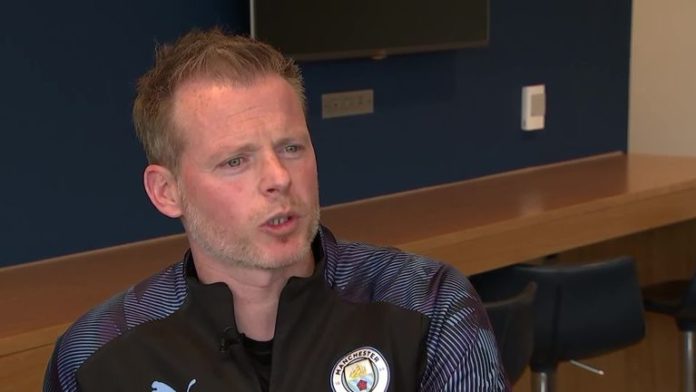 Interim Manchester City Women manager Alan Mahon says he has not contemplated taking the job on a permanent basis.

The 41-year-old, who replaced New York City-bound Nick Cushing, confirmed that he does, however, have ambitions to be a manager.

Mahon says providing a sense of continuity is his main priority as City prepare to host Bristol City on Wednesday, looking to extend their lead at the top of the Women’s Super League table.

“I’ve not looked at it and again, I’m not trying to be clever,” said Mahon when asked if he thinks his interim stint in charge can put him in the frame for the job permanently.

“I’ve just looked at it as doing the job and getting the team to a period until whenever.

“I’ve actually not put any time into it for myself. Maybe down the line we’ll look at it but as it stands now, it’s purely about the team and what they need.

“We’re on top of the league. If you start trying to be too clever, things can change. We’re in a good place at the moment, so it’s ultimately about just continuing what we’ve done.

“I’ve shadowed Nick for the last five years so working with Nick has been brilliant for me as a learning curve. I don’t want to change too many things.”

Mahon, who confirmed he will lead the team for as long as he’s asked to, believes this season is the most competitive in the history of the WSL with just three points separating the top three.

Crunch games with Chelsea at the end of February and against rivals Manchester United next month are perhaps standout fixtures, but Mahon admitted there is little margin for error whoever they play if they are to maintain their push to regain the title.

Wednesday’s visit of Bristol City will bring back memories of their two leagues meetings last term, where both matches ended in draws.

That’s something Mahon is desperate to guard against as he gets set to lead the team for the first time, following the postponement of their match against West Ham on Sunday due to Storm Ciara.

Mahon said: “We’ve got to make sure that we adapt and approach each game correctly and we don’t put our guard down for anyone. This season’s been really tough.

“We can’t take our foot off the gas, we have got to give Bristol City respect.

“They’re a good team, they have got some good individual players and the couple of games we played last year, we dropped points. We have to make sure we turn up and apply ourselves correctly.”