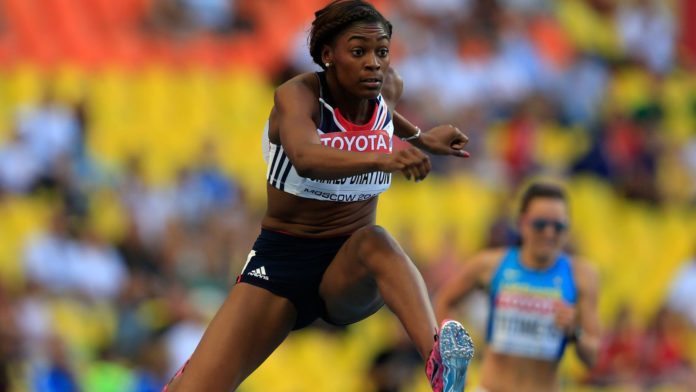 “I am a proud Olympian and it’s not goodbye, it is see you later because you’ll be sure to see me around.”

Shakes-Drayton won three world medals, including the indoor 4x400m relay title in 2012, and four European medals, including double indoor gold in 2013, during ten years competing in the British vest on the senior stage.

The 31-year-old said: “There comes a point in an athlete’s life where you’ve got to decide to call it a day. Athletics has given me so many opportunities, I have travelled the world, I’ve met some great people and I’ve had my fair share of ups and downs.

“I am proud of what I achieved and when I look back at the archives and see the races – the excitement I bring to a relay – it does put a smile on my face.

“I have had a tough battle with injuries but I managed to come back in 2017 and get a silver medal in relay at the worlds and that was nice but now I am ready to move on. It has taken me a long time to make this announcement because it is not something easy.

“I have been in athletics for the majority of my life. I’ve been doing it for almost 20 years and professionally for 11 – it is a big part of me.

“I am good, my body is good and it is not because I am carrying an injury it is just that I got to a point where I was like ‘I am ready to move on’.

“Big thanks to my coach Chris Zah. He saw the potential in me from the start at a young age and he has been there through the ups and through the downs.

“If it wasn’t for athletics I am sure a lot of things that have happened wouldn’t have happened. I am a proud Olympian nd it’s not goodbye, it is see you later because you’ll be sure to see me around.”

ANNOUNCEMENT: it’s the end of a chapter ??‍♀️ #thankyouPerri pic.twitter.com/RFMUYdBo91

Shakes-Drayton made her senior world debut in 2009 and went on to win individual bronze and relay silver at the European Championships in Barcelona in 2010.

She began the Olympic year in 2012 with the world indoor 4x400m relay title in Istanbul going on to earn selection for the London 2012 Olympic Games in her home city of London and would finish tenth overall in the 400m hurdles.

She qualified for her first World Championship final in 2013, placing seventh, and running the second quickest 400m hurdles time ever by a Brit, 53.67, after an indoor season that saw her win the 400m and 4x400m European indoor titles in Gothenburg before injury cruelly took her away from the track until June 2016.

Determined to continue her international career, Shakes-Drayton battled back to once again pull on the British vest back at her home track in London at the 2017 World Championships, where she would help the 4x400m quartet to silver, and then earning selection for the World Relays in Yokohama last year.