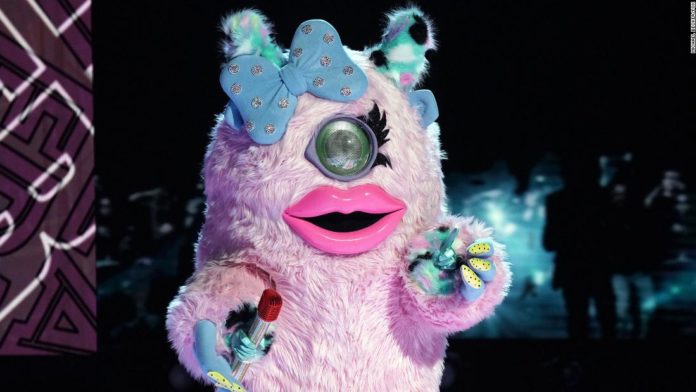 Monster performed a rendition of Lesley Gore’s “You Don’t Own Me,” and her hairstylist gave a clue as to who was behind the mask, calling her a “spiritual mom” who hasn’t always been portrayed the right way in public.
“Miss Monster has been through a lot, and she hasn’t always been seen in the press for who she really is,” her hairstylist said.
The panel made guesses like Mary J. Blige, Dolly Parton, Dionne Warwick, Gloria Gaynor and Queen Latifah, but Miss Monster was ultimately revealed to be Chaka Khan, whose hits include “Ain’t Nobody,” “I’m Every Woman” and “I Feel for You.”
The singer was voted off, but Khan called her time on the show liberating “because I could do what I wanted” while sporting a mask.
“It was great fun, and it was very different. I’m glad that I had a nice little stay and we did well,” she said.
Panelist Nicole Scherzinger tweeted that she couldn’t believe such a legend had taken the stage.
As for the other masked singers, Turtle sang “There’s Nothing Holdin’ Me Back” by Shawn Mendes, White Tiger sang Queen’s “We Will Rock You,” and Kangaroo sang Rihanna’s “Diamonds.”