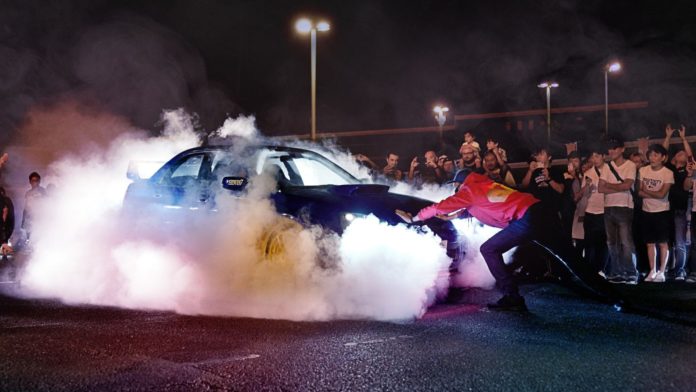 Dynamo has promised his new magic series will finish with the “riskiest thing I’ve ever attempted” and says he feels “on top of the world” to be back after suffering serious health problems.

The world-renowned magician’s upcoming Sky One series Beyond Belief is a three-part special in which he travels around the world performing his incredible feats.

As well as the magic, it will also capture Dynamo’s struggles with Crohn’s disease and arthritis, which forced him to take several years out from his TV work.

He says he learned a lot of the tricks for his new show from his hospital bed.

Speaking to Sky News on the red carpet at Sky’s Up Next event launching new series for 2020, Dynamo, whose real name is Steven Frayne, said he still has ups and downs with his health, but is feeling a lot better.

“I’m definitely, I’d say 80%,” he said. “I’m still working with the NHS to find the best medications. They’re being amazing and the support that the fans have given me was definitely a driving force in me getting back on my feet. And now it’s just about keeping up the momentum. I’m super excited about Beyond Belief hitting TV later this year.”

Speaking about his new show, Dynamo said: “It’s tricky – no pun intended – because there’s so many things to talk about, but a lot of it will ruin the surprises, like the finale.

“The final episode is definitely the riskiest thing I’ve ever attempted, ever. I can’t wait to see how that turns out.

“We went to three different continents for this series. I went to [places] like Japan, I was in Mexico. Stuff in the UK as well.

“And it captures elements of my illness and the behind the scenes that people won’t necessarily know about. They may have heard about it in the news, but they won’t know the real story.

“It shows how the magic in the show was created, the majority of it from a hospital bed while I was sick. So in some ways, hitting rock bottom was actually a blessing in disguise. It helped me create something even more magical than I even had in mind in the first place.”

Both Crohn’s and arthritis can be invisible disabilities, which might not be immediately obvious to others.

Dynamo says he wanted to share his experiences to help others.

“[Crohn’s] is something I’ve lived with for so many years, since I was 14,” he said. “So I’ve always had to deal with it and I’ve never really liked to burden other people with it.

“But then, when my body changed… and things went as bad as they did, people started to realise that I wasn’t my usual self. So I felt it was important to let people know the real story.

“If me letting people know what I’m going through can help others, that’s more important. That’s the legacy right there.

“I still wake up sometimes and my hands are stiff and the arthritis is still in my body. But I feel on top of the world right now. It’s the best feeling ever [to be back]. I’m just looking forward to seeing people’s reaction to the new stuff.”