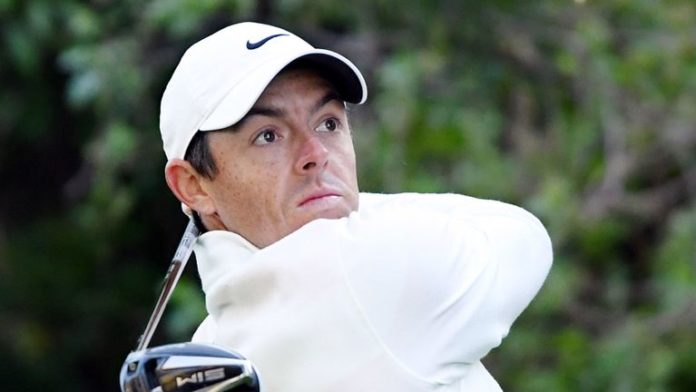 Rory McIlroy overcame a “very sluggish” start to fire a three-under 68 on a chilly opening morning of the Genesis Invitational at Riviera Country Club.

Making just his second start of the year, McIlroy initially struggled with all parts of his game and was one over after seven holes before two eagles in three holes got his challenge up and running, although he converted only one birdie chance while also carding two bogeys.

The new world No 1 began at the driveable par-four 10th, where he needed a seven-foot putt to scramble a par after requiring two attempts to escape the back-left bunker, but his putter went cold on the next two greens as he missed twice from inside four feet – the second of which costing him a shot.

McIlroy did well to get up-and-down for pars on each of the next four holes, but his trademark bounce in his step returned on the 17th as he launched a 290-yard fairway wood to the heart of the green and nailed the 35-foot putt for eagle.

The 30-year-old went from rough to rough at 18 and bogeyed, but a smooth seven-iron to five feet at the first set him up for another eagle, and McIlroy finally recorded his first birdie of the day when he holed from 15 feet at the fifth.

McIlroy had decent looks at further birdies on six and nine, but he was generally happy with his start despite trailing early clubhouse leader Matt Kuchar by four shots just as the afternoon wave began their rounds.

“And then the eagle on 17 was what started everything. Yeah, it was a slow start, none of us really got it going early on, but then you have 17 and then the first hole in a space of a few holes so you can make some red numbers there, which I was able to do.

“I thought I drove the ball pretty well, I just need to hit a few more greens. Hitting it in the right spots maybe when you do give yourself chances here, especially with how firm and fast the greens are getting, just leaving your ball on the right side of the hole.

“There were a couple times today when I hit good shots but I was on the wrong side of the hole. You’re being very defensive with your putt, you’re trying to give it a good run at the hole.

“Friday afternoon is going to play a lot different than how it played this morning, it’s going to be dry again and the course is going to firm up. It’s going to keep getting trickier and you’re going to have to really think your way around this place, but I’m looking forward to that.”