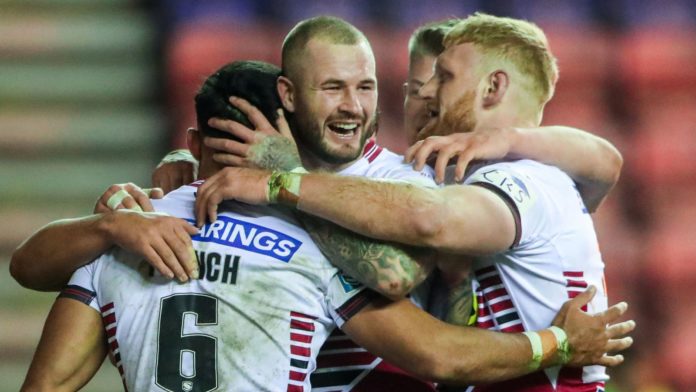 For the third time in as many games since winning promotion, Toronto took the lead when Matty Russell finished in the left corner following a spell of pressure.

But Harry Smith’s first try for the Warriors and full-back French’s score, converted by Zak Hardaker, saw the hosts rally to lead 10-4 at half-time.

A converted score from Bodene Thompson got the Wolfpack back on level terms after the restart, but French’s second, plus Farrell’s double and a scintillating finish by Joe Burgess, sealed victory for the Warriors.

Toronto were not helped either by Jon Wilkin having to pull out just before kick-off at the DW Stadium, and then James Cunningham and Gadwin Springer suffering game-ending injuries during the match.