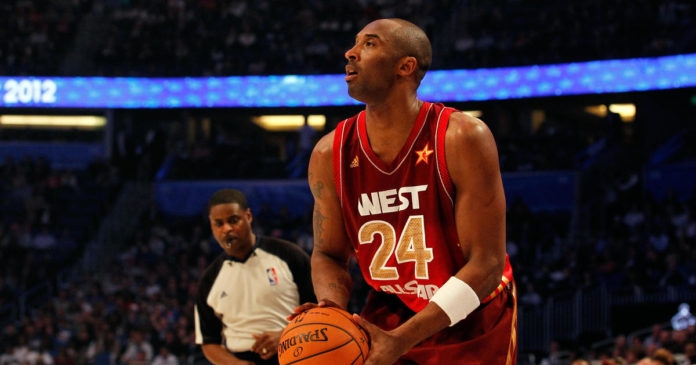 The NBA will pay tribute to Kobe Bryant throughout the league’s All-Star weekend in Chicago. On Sunday, the league will dedicate the All-Star Game and even change some of the game’s rules to honor the NBA legend who died with his daughter, Gianna, and seven others in a helicopter crash last month near Los Angeles.

The NBA is changing the game format to improve the entertainment level with Bryant in mind. Los Angeles Lakers star LeBron James and Milwaukee Bucks’ Giannis Antetokounmpo were chosen to be captains after being the top vote-getters in their respective conferences. The superstars picked the other players during an on-air draft and divided into two teams, Team LeBron and Team Giannis. The former will wear No. 2 after Gianna and the latter will don No. 24 after Kobe.

Additionally, patches with stars honoring all nine victims of the helicopter crash will be stitched onto the players’ jerseys throughout events for the weekend.

What are the changes to the 2020 All-Star Game

The fourth quarter will be a unique commemoration to Bryant. The game clock will be turned off and a “final target score” will be set, the NBA said. The target score is determined by the leading team’s cumulative score for three quarters and adding 24 points — a nod to Bryant’s No. 24 jersey, which he wore for the last decade of his career.

For instance, if a game entering the fourth is 100-95, the team with 100 points would only need to score 24 points in the fourth to win before the other team scores 29. NBA Commissioner Adam Silver credited Oklahoma Thunder guard Chris Paul for integration of the so-called “Elam Ending,” named after Ball State University professor Nick Elam who sought to end drawn out and predictable endings of games.

TNT, which will broadcast the game, will also feature a commercial-free fourth quarter, according to the NBA. The game’s virtual shot clock will display a combination of gold and purple accents at 24 seconds and eight seconds remaining on the clock in the fourth, representing Bryant’s jersey numbers.

Who is on Team LeBron?

Who is on Team Giannis?

Other tributes to Kobe Bryant

Two-time Grammy and Oscar winner Jennifer Hudson will perform a special Bryant tribute to open the game. Hip-hop artist Common will also make an appearance before tip-off and talk about the importance of basketball in Chicago. Chance the Rapper, who hails from the city, will headline the halftime show along with Lil Wayne, DJ Khaled and Quavo.

This year’s game will be on Sunday at 8 p.m. ET on TNT. You can also watch the game on TNT’s app. Heading into Sunday’s game, odds are in favor of James’ team.