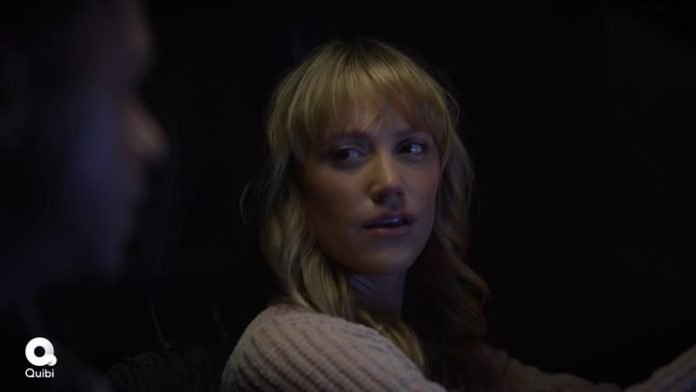 Quibi has released the first teaser for their upcoming thriller series titled The Stranger, featuring Maika Monroe as a rideshare driver who gets hunted down by a sociopath serial killer passenger, portrayed by Dane DeHaan. This project marks Monroe’s first major TV project after making her TV debut CBS’s Eleventh Hour series in 2011. Check out the video in the player below!

In The Stranger series, an unassuming young rideshare driver is thrown into her worst nightmare when a mysterious Hollywood Hills passenger enters her car. Her terrifying, heart-stopping ride with the stranger unfolds over 12 hours as she navigates the seedy underbelly of Los Angeles in a chilling game of cat and mouse.

Starring Maika Monroe (It Follows), Dane DeHaan (The Amazing Spider-Man 2), and Avan Jogia (Zombieland: Double Tap), the series is created, written, and directed by Veena Sud (The Killing), who is also serving as an executive producer.

The streaming service, founded by Jeffrey Katzenberg and Meg Whitman, is set to feature series that run two to four hours in length and are broken down into parts that are no longer than 10 minutes in length.