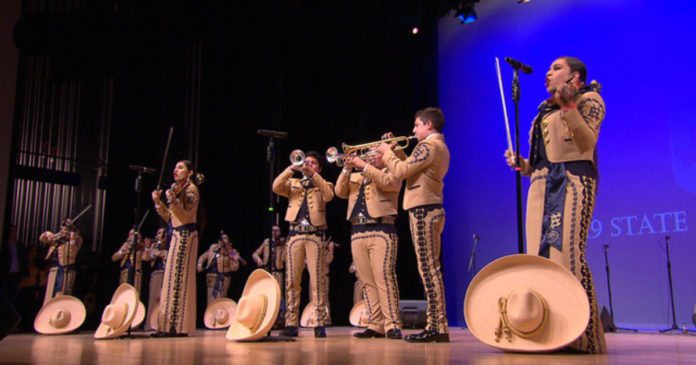 Web exclusive: Mariachi started in the late 1800s when Mexican musicians began adopting European instruments, like the violin, guitar, trumpet and accordion. But when Linda Ronstadt’s 1987 album of songs she heard her Mexican father sing became a smash, mariachi went mainstream. Today, high school students across Texas practice this form of folkloric music that transcends the U.S.-Mexico border. Correspondent Barry Petersen talked to some of the young musicians who came to Edinburg in southwest Texas, where 70 bands participated in the 2019 State Mariachi Festival, which became a state-sanctioned competition for the first time.