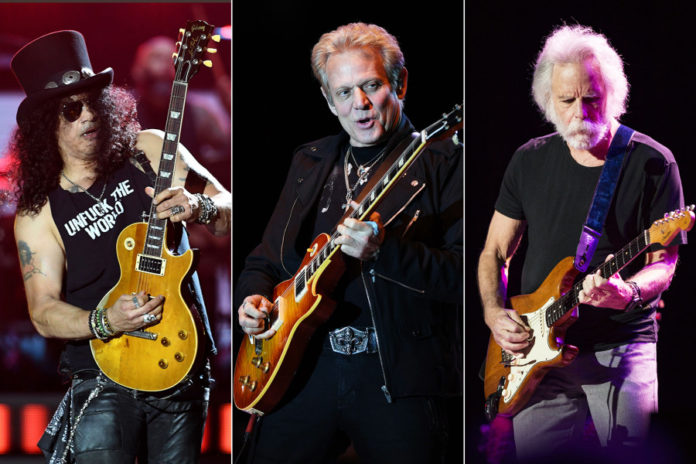 Midway through the Eagles marathon show at Madison Square Garden on Friday night, Don Henley stepped up to the microphone and addressed the crowd for one of the few times that evening.

“The first thing I want to do is thank you for your support all these years,” he said. “We want to provide you with about a three-hour break from the hideous 24/7 news cycle. Something familiar in uncertain times because life is like a box of chocolates, except with some boxes of chocolates you get a little map that shows you exactly what you’re going to get with one of those squares inside. We’re that box of chocolates.”

The metaphor is nearly perfect. There’s no better way to think of an Eagles show circa 2020 than a box of chocolates (albeit a very pricey one) with a square insert noting exactly what’s inside. This time around, that square calls for a complete performance of the band’s 1977 masterpiece Hotel California along with a long set of classics from their other albums and a scattering of solo hits.

The predictability of an Eagles concert and their tendency to recreate their recordings onstage with note-perfect precision has lead to much criticism over the years. (A famous 1977 review in Rolling Stone said they “flaunt no athletic grace [onstage] – if anything, they loiter.” They later proved their athletic grace by beating the RS staff at a softball game.)

Eagles: Chips Off the Old Buffalo 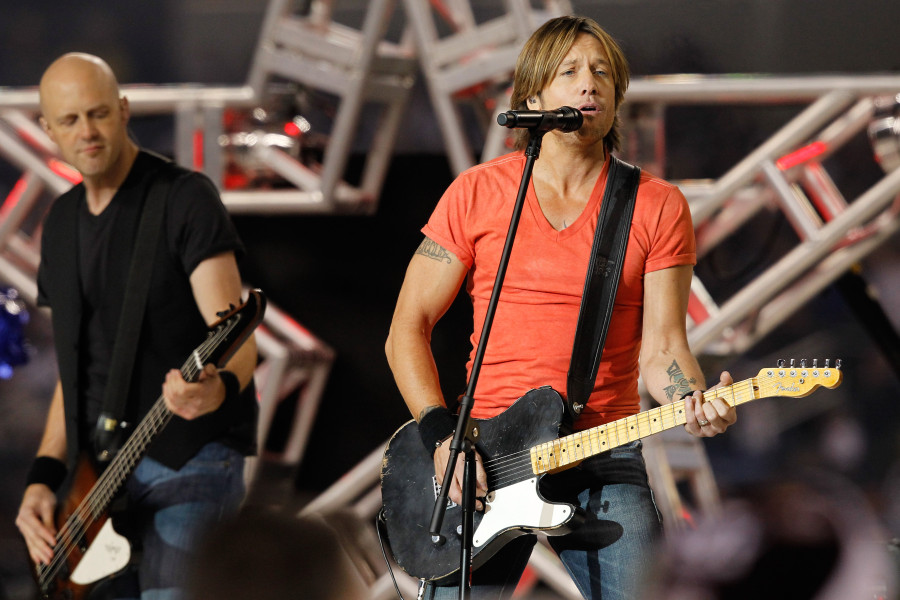 In many ways, the criticisms have always been unfair. Their hits are meticulously crafted works of art and they’ve burrowed their way into the public’s consciousness after decades of continuous airplay on classic rock radio. Playing wild variations of them onstage or breaking out obscure B sides, oddball covers or forgotten solo tunes would practically be a criminal offense to their enormous fan base. These are songs that demand precision.

They made that clear by beginning the show by having a man walk onto the stage and place a vinyl copy of Hotel California on a turnable. The second the needle hit, the curtain rose and the band launched into the title track. This was the record coming to life in as literal a way as possible, and it sent shockwaves of nostalgic ecstasy through the audience.

They’d never attempted a complete album prior to September, when they debuted this show in Las Vegas. And though this isn’t an anniversary of any significance (Hotel California turns 43 next week), it was the obvious pick from their seven records. Not only was it their most successful non-compilation album, but it also captured them at the absolute peak of their songwriting powers.

The nine songs represent a loose concept record about the unraveling of the American dream as the hope and idealism of the Sixties fell by the wayside. The characters are trapped in doomed relationships, battling the ravages of drug addiction and living on once-beautiful lands now destroyed by corporate greed and public indifference.

The album was a true collaboration by all five Eagles of that era: Don Henley, Glenn Frey, Joe Walsh, Don Felder and Randy Meisner. Only two of them, Henley and Walsh, remain in the band today. Frey died unexpectedly in 2016, while Meisner has dealt with severe health and personal problems over the past few years that have largely removed him from public life. Felder played an integral role in writing the Hotel California title track and was their lead guitarist during their salad days in the Seventies and the initial reunion era in the Nineties, but he took them to court after his dismissal from the band in 2001 and later wrote a tell-all book. It would have been wonderful to see him back onstage for this tour, but, sadly, it was not to be.

Filling the large gaps in the lineup are Glenn’s 26-year-old son Deacon Frey, country singer Vince Gill, guitarist Steuart Smith and bassist Timothy B. Schmit, who has been an official Eagle since joining up with them during the Hotel California tour back in 1977.

The show presents the album in exact chronological order, meaning that “New Kid In Town” followed the title track. This was Glenn Frey’s sole lead vocal on the album and Gill tackled it in his place with great tenderness and care. (Walsh and Meisner were also given just a single song on the album. Henley, on the other hand, sang five of them.)

“Life in the Fast Lane” amped things up and gave Walsh a chance to rip into his famous guitar solo, but things got really interesting when they geared down for “Wasted Time.” This is a mournful ballad about Henley’s real-life heartache, and his old Shiloh bandmate Jim Ed Norman was brought into the studio to lead a string section. All these years later, Norman was back with the band to oversee another string section to recreate those parts. Henley started the show on drums where he sang “Hotel California” Levon Helm-style, but by this point he was in front where he delivered the song with amazing passion. As on the original, he trembled with vulnerability as he wondered whether the love affair was anything other than “wasted time.”

The record flips over at this point, and to do the honors the band brought a young blonde woman onto the stage dressed up as an old-timey cigarette girl to turn it over. (The schtick seemed anachronistic since cigarette girls were long out of fashion by 1977, but they did used to roam the aisles during intermission at Las Vegas shows in the Fifties and earlier.) Sticking tightly to the album’s script, the string section played the brief “Wasted Time” reprise as the group prepared to kick into “Victim of Love.”

Joe Walsh finally had the chance to lead the festivities with “Pretty Maids All in a Row,” while Vince Gill took over for the half-forgotten country rock of “Try and Love Again” by Meisner. Prior to this tour, they hadn’t played it even a single time since the bassist left in 1977. It may be the least memorable part of the album, but Gill sang it for all it was worth.

Both songs gave Henley a chance to catch his breath before the epic album closer “The Last Resort.” The prophetic song is a journey across America and time documenting the mindless destruction of the environment that begins on the Eastern shores of Providence, Rhode Island and travels all the way west to Lahaina in Hawaii. “We satisfy our endless needs and justify our bloody deeds,” he sings. “In the name of destiny and in the name of God.”

The band was joined not just by the string section for this, but also a vocal choir. There were 77 people in total crammed onto the stage, but all eyes were on Henley. At age 72, he still somehow has nearly the entire vocal range he had four decades ago. He sounded absolutely magnificent, especially on the “they called it paradise, I don’t know why” apex of the song that also wraps up the album.

They probably could have ended right there and many in the crowd could have gone home happy, but after a brief break the Eagles came back and played another 22 songs. This was a familiar routine for anyone that has seen the Eagles in recent years, kicking off with everyone locking voices on “Seven Bridges Road.” They then went around the stage and gave everyone a chance to take lead on their signature tunes, including Schmit’s “I Can’t Tell You Why” and Walsh’s “In The City.”

Some of biggest applause always came whenever the spotlight hit Deacon Frey. He not only looks exactly like his father circa 1975, but he also inherited his singing voice. For whatever reason, Gill handled most of Glenn’s song (along with Meisner’s “Take It To The Limit”), though Deacon was a key part of the harmonies and he sang lead on “Take It Easy,” “Peaceful Easy Feeling” and “Already Gone” with incredible confidence and poise.

As the set wound down, solo hits like Walsh’s “Life’s Been Good” and Henley’s “Boys of Summer” worked their way into the show. They fit seamlessly into the repertoire as they have many times before, but the James Gang managed to deliver definitive renditions of “Walk Away” and “Funk #49” without a five-piece horn section. The songs work much better when delivered by a power trio. (Here’s hoping that Walsh finds time to reunite with his old buddies Dale Peters and Jim Fox for one more James Gang tour at some point down the line.)

The encores kicked off with a wild “Rocky Mountain Way” (sans Henley) before the drummer came back onto the stage to lead the entire arena in singing “Desperado.” The horns came back for “The Long Run” before the whole show wrapped up with a brief reprisal of “Hotel California,” complete with the dual guitar solos.

The Eagles are taking this show across America over the next two months and then over to London for a pair of gigs at Wembley Stadium in August. The next time they head out, fans would love to see them bring back original guitarist Bernie Leadon, Felder and, health permitting, Meisner for a grand summit of all living Eagles past and present. That remains an extreme remote possibility, but this sentimental return trip to the Hotel California is basically the next best thing they could possibly do.